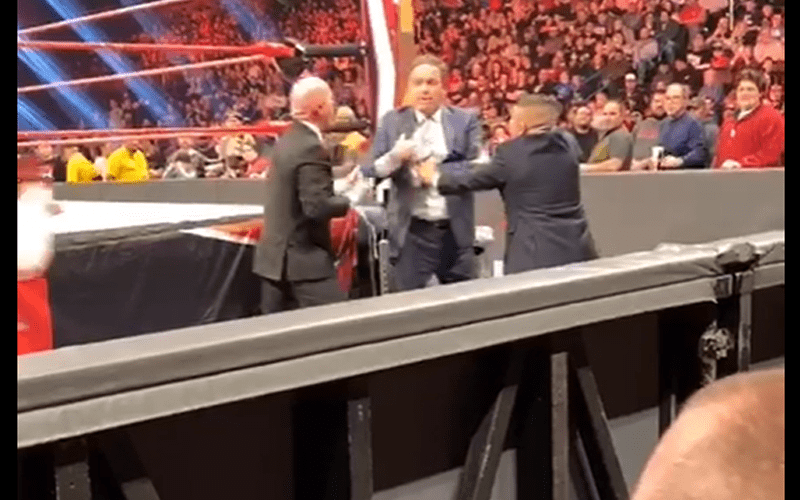 Lana and Bobby Lashley finished getting married this week. It almost didn’t happen for them once again because security attacked their reverend as he was getting in the ring.

Security attacked Malone because they weren’t told he was approved to be in the ring. Then someone on WWE’s crew had to inform security that they had the wrong guy.

You can see from this fan video below that security didn’t realize they had the wrong guy until they already had Rick Malone out of the ring. They were just about to eject him over something he was being paid by WWE to do.