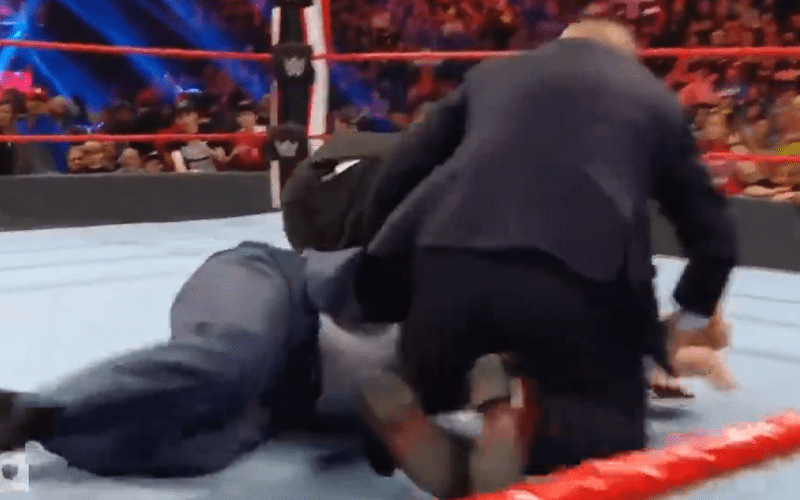 WWE’s’ security tackled actor Rick Malone as he was sliding in the ring on RAW this week. They focused the camera on this for a moment before cutting away. Later, the quick wedding ceremony went off without any more issues.

Rick Malone said this was an instance of miscommunication. WWE got some mainstream press for this issue, but it might have been part of the show.

Loose Lips Backstage is a Reddit user who has nailed several things before including that Lana and Lashley would be arrested as part of their storyline. They commented to a video of security tacking the Reverend on RAW saying: “Part of the script.”

There was apparently even a line in the script for this incident:

“IN-ARENA: An Unidentified Man (The Wedding Official) is attempting to get in the ring when he is confronted by security…”

This is a very interesting situation. It makes us wonder why WWE would stage this kind of an angle. Some passive observers might see this as proof of a disorganized operation if security doesn’t know who to tackle.

Let’s see where this situation leads, but it seems like WWE is using a lot of things for stories that are quite unconventional.