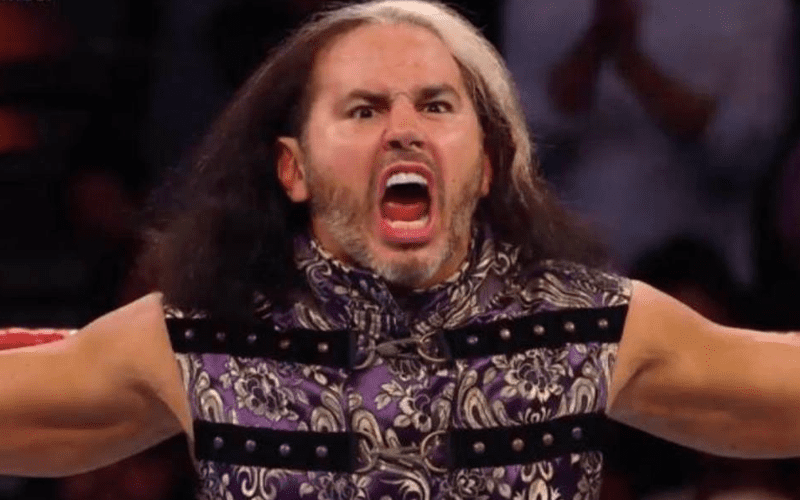 WWE could be losing Matt Hardy very soon. His recent Free The Delete videos have been produced for a very good reason.

The Wrestling Observer Newsletter reports that Matt Hardy produced the new Broken videos and pitched the idea to WWE. They did not want the “Free The Delete” series although it was already produced on the Hardy’s dime.

Now Matt Hardy’s name is heavily speculated as the leader of AEW’s Dark Order. The Exalted One has said “wonderful” in the past which really piqued fans’ interest.

Matt Hardy’s WWE contract could be up on March 1st if he doesn’t re-sign. His brother Jeff Hardy is not in the same boat.

Jeff’s contract is frozen and he will likely be with WWE for a long time to come with no sign of making an in-ring return which would resume his contract’s clock.