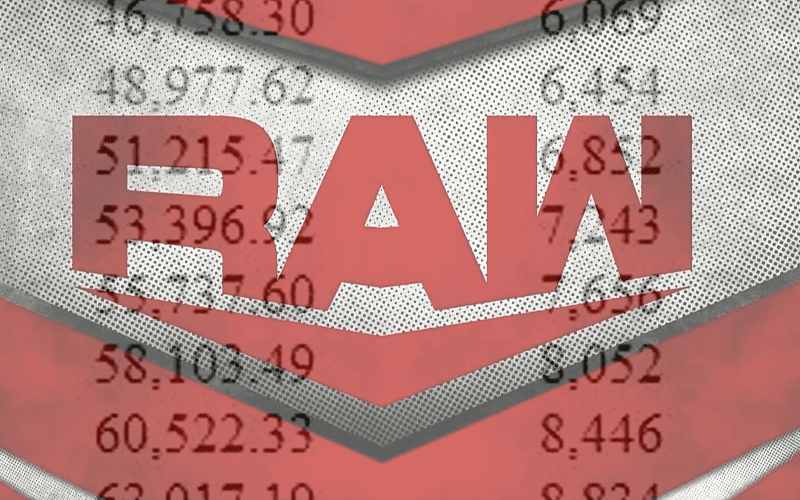 WWE RAW kicked off 2020 with their first live show of the year this week. They pulled a decent rating, but viewership fell from last week. The week before had a big wedding angle to conclude the decade. How did the audience hold up through the show?

The Wrestling Observer Newsletter reports that the December 30th episode of WWE RAW opened up with 2,550,000 viewers. Then they gained 61,000 viewers for Aleister Black vs Buddy Murphy.

The Erick Rowan match lost 229,000 viewers. That is not a good sign that fans care about what he’s lugging around in that cage.

Charlotte Flair and Natalya’s match gained 130,000 viewers which is a good sign for them. Then Drew McIntyre vs The Major Brothers in a handicap match gained another 5,000 fans.

Randy Orton’s big segment with AJ Styles saw the highest viewership of the night as they gained 216,000 viewers. That reached a three-hour peak of 2,630,000 fans watching on the USA Network.

The Andrade match that followed lost 489,000 viewers, but the Bobby Lashley and Lana wedding gained another 221,000 viewers. The ten-minute overrun did 2,372,000 viewers to close out the decade.