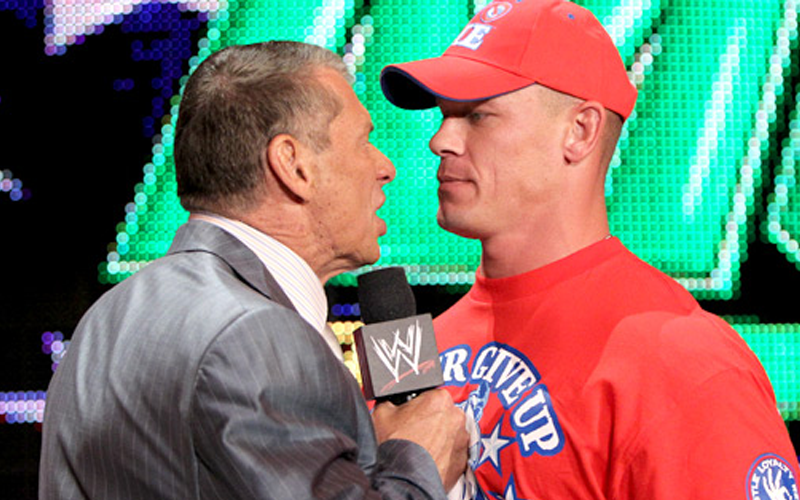 Vince McMahon runs WWE under his mighty will which is a company that John Cena helped carry for over a decade. The two have a very complex relationship that goes far beyond boss and independent contractor.

While speaking to Jimmy Kimmel Live, John Cena admitted that Vince McMahon is his boss. He also explained all of the other things that he means to Cena including father and friend.

“He is so much more than that to me. He is a friend, a father figure, a mentor, a trusting resource. He’s filled with wisdom, but above all else, yes, I still think of him as my boss.”

Vince McMahon obviously enjoys everything that John Cena has been able to do for him. Now with WrestleMania 36 coming up and Cena reportedly wanting more of a substantial role at the show of shows we’ll just have to see how much time Cena can dedicate to a WWE return.