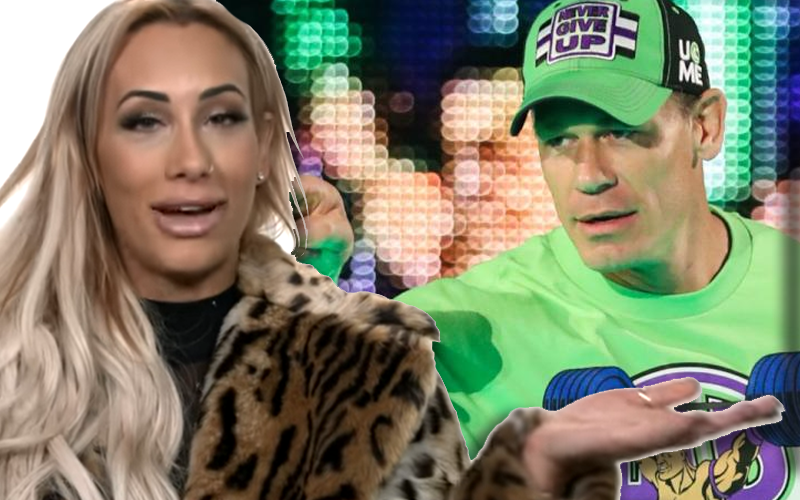 Carmella used to date Big Cass and she is currently with Corey Graves. John Cena was not a man she saw in the interim period.

WWE has a new serious called “If It’s On The Internet.” Carmella also broke down what plastic surgery she’s had.

Well over a year ago rumors surfaced that John Cena was dating Carmella. She addressed that straight-forward as completely fabricated.

“That is so far from the truth. I barely know John Cena. Because we both live in Tampa, people thought that we were dating? Yea, that’s completely fabricated.”

Sometimes a story can take on a mind of its own. Both Cena and Mella live in the same area and were spotted at some of the same spots. Things were read into more than the should have and now Carmella is setting it straight.