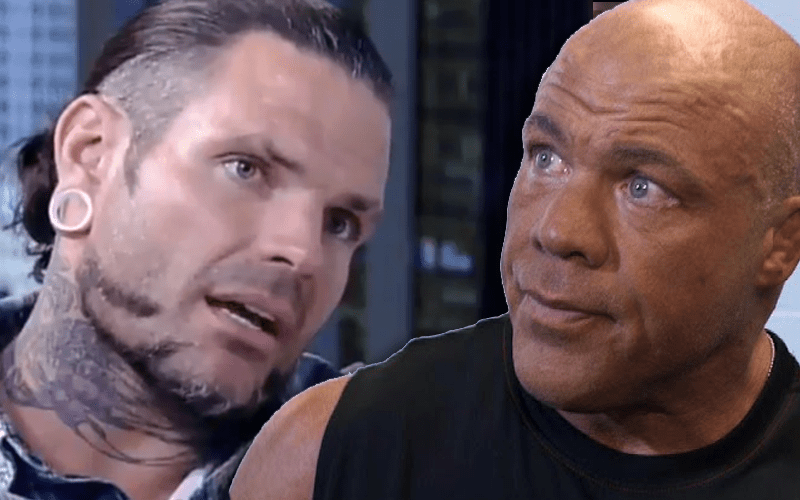 Jeff Hardy is not actively wrestling right now. His knee might be healed from an injury he suffered on April 20th, but he still needs to work on himself. Kurt Angle has been there before and he knows what that’s all about.

WWE pushed Jeff Hardy to seek help. That is what Hardy is currently doing. While speaking to Chris Van Vliet, Jeff Hardy’s current situation was brought up as a comparison to what Angle went through in his own battles with drugs and alcohol.

“It’s not easy, I mean going through these problems especially with alcohol and drugs, you know. I don’t know what the issue is with Jeff. You know, if could be he’s in so much pain which I completely agree.”

“I think that Jeff out of anybody his daredevil stunt work that he does night in and night out his body has to be shot. There’s a way to cope with pain, but drugs and alcohol is not the way. It does help temporarily, but it’s not the way. I’m always praying for Jeff. I love the kid. I know he can pull through this.”

Hopefully, Hardy can focus on himself and come back better than ever. Until then Kurt Angle and a lot of other people who care a lot about him will keep the Charismatic Enigma in their thoughts.