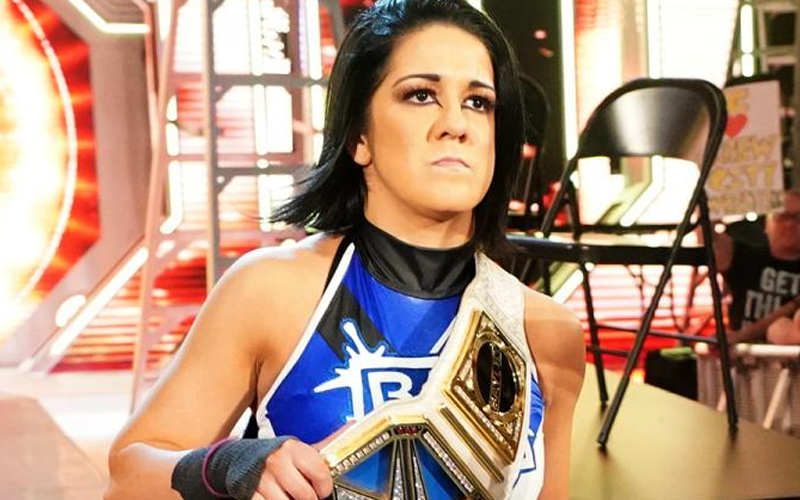 Some would argue that Bayley’s run as SmackDown Women’s Champion hasn’t exactly been what people were looking for from her heel turn, whereas others will probably stand up for ‘The Huggable One’ until the day she retires.

Regardless of which side of the coin you fall on, it definitely feels like she has lost some steam since the initial turn. With WrestleMania and the Royal Rumble being right around the corner there are plenty of ways in which WWE can get her back on track, and increasing her presence on social media will help more so than most people realize.

There’s no clear direction for Bayley heading into Tampa at this moment in time, but there are certainly contenders lining up in an attempt to take the crown from her.

Bayley was responding to the upcoming bout which is set to go down between Sasha Banks and Lacey Evans on SmackDown, with Brooke wanting to ensure that Bayley doesn’t interfere.

As time goes on there is definitely a sense of growth within this women’s division that wasn’t really all too apparent towards the back end of 2019, but such is the nature of WWE taking a few months off after SummerSlam – not in a literal sense, of course.

The expectation is that Sasha Banks will be the one to eventually challenge Bayley for the SmackDown Women’s Championship, as the two finally have their one on one WrestleMania match that fans have been waiting for ever since their iconic NXT rivalry began.