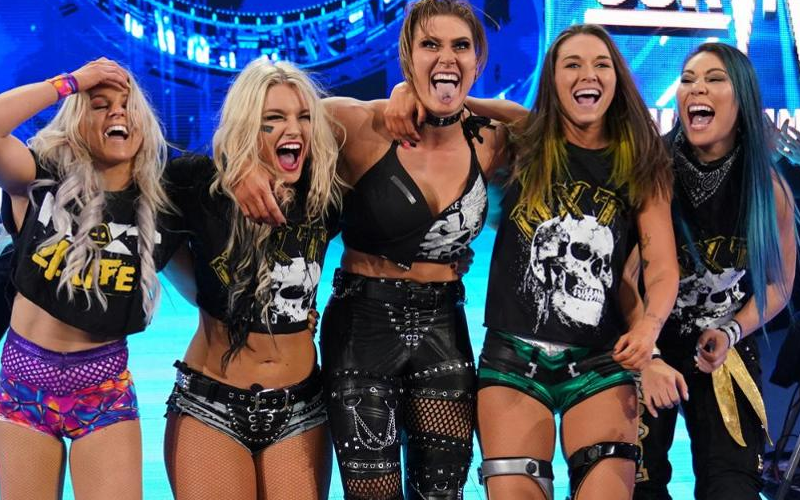 Toni Storm was a member of Team NXT in the 2019 Survivor Series. The company took their time revealing the members of the NXT Survivor Series teams. It wasn’t just the fans who were left in the dark.

While on WWE The Bump, Toni Storm revealed that Survivor Series was “super last minute” for her. She did’t know that she would be wrestling on the big show until a couple of days before the event. That probably worked out better for her because then she had less time to worry about it.

“I didn’t know until a couple of days before. It was super last minute, so I — which is probably for the best because I had less time sitting there freaking out about it. It’s still surreal to me like, in my head I’m like, ‘did that even happen?’ So, I loved it. It was crazy. I couldn’t even believe that happened.”

Toni Storm is experiencing a lot of great moments and NXT UK TakeOver: Blackpool II on January 12th could be another big night for her. She might need to get used to success in WWE because she’s just getting started.