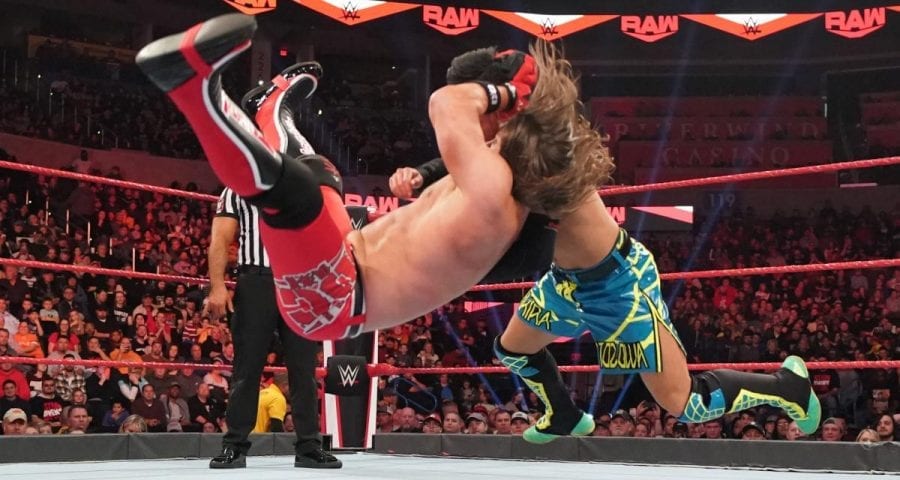 The ongoing back and forth between Randy Orton and AJ Styles seems to be leading towards another big blow-off match between the two men, which some believe will take place at WrestleMania 36 in a rematch of their Mania showdown last year.

Regardless of whether or not that happens, there’s no way of getting away from the fact that both guys are producing some solid work in this feud – even though you could argue we’ve seen it all before.

Last night on Monday Night RAW we saw AJ Styles take the opportunity to mock Randy Orton by delivering a ‘Phenomenal RKO’ of his own. The problem is that the man himself didn’t think it was particularly phenomenal at all.

Randy Orton is the kind of guy that you just shouldn’t challenge on social media, because let’s face it, he isn’t afraid to say what he thinks pretty much 100% of the time.

When you put any of the storyline reasons for this feud to one side, one undeniable fact is that it’s going to be really interesting to see them square off again. They have a decent chemistry in the ring and if they’re given a bit more time to work, they could take their match to a whole new level.

For the time being, though, we’ll have to see how it all goes down at the Royal Rumble and beyond as we begin the long road to WrestleMania – and all of the fun and chaos that comes alongside that journey.