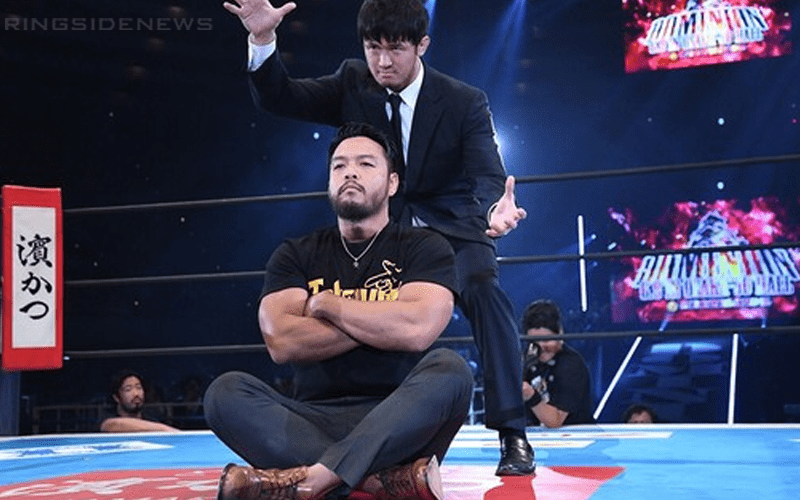 One thing that simply cannot be denied is that KENTA is one of the biggest heels in recent memory over in New Japan Pro Wrestling – which isn’t something that seemed to be on the cards when he first made his presence known in WWE a few years back.

The expectation was that he’d go on to do some really big things in WWE, but despite the number of pushes he received (which were broken up due to injury), it never really felt like he got off the ground in the right way.

Then, upon making the jump over to New Japan, he was well and truly off to the races as he made a statement almost immediately

One of his biggest statements came at Wrestle Kingdom 14 in the last few days, when he made his intentions clear after attacking Tetsuya Naito – who had just become a double champion in New Japan after defeating Kazuchika Okada.

The New Beginning will be when KENTA officially gets his shot at attempting to dethrone the newly crowned Naito, and regardless of whether or not he’s successful, you’d have to imagine that it will be one of the best matches of the year between two incredibly talented individuals.

Sometimes you just need to go back to what you know and back to your roots, and by heading over to Japan, KENTA has done just that. Will he end up back in WWE one day? Perhaps, but it certainly doesn’t seem to be as likely now that he’s having so much success in NJPW.