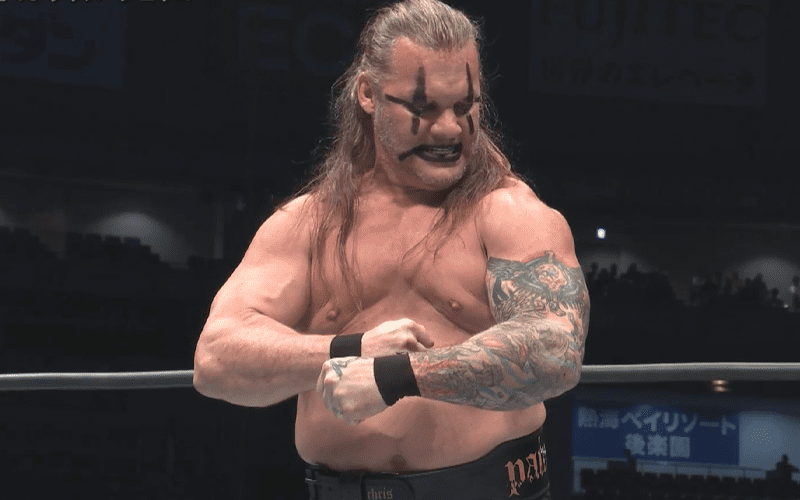 Chris Jericho has gained a few pounds but he’s also been packing on the muscle. He was buff at Wrestle Kingdom 14 and posed to flex for Tanahashi as they wrestled in the Tokyo Dome. Jericho has an answer to any fan who says he’s fat.

A photo of Le Champion of AEW is floating around the IWC showing Jericho preparing for a flex. It didn’t catch him in the most flattering pose and a lot of fans were calling Y2J out for getting fat.

Jericho responded to these fans by posting a picture of his own. He was showing off his guns and it was a much better picture of the Fozzy lead singer.

“#FatJericho,” was the only caption Chris Jericho needed for that photo.

You can check it out below. The photo that started this entire #FatJericho ordeal is pictured above. Chris Jericho isn’t a junior heavyweight anymore, but he’s not fat by any means.