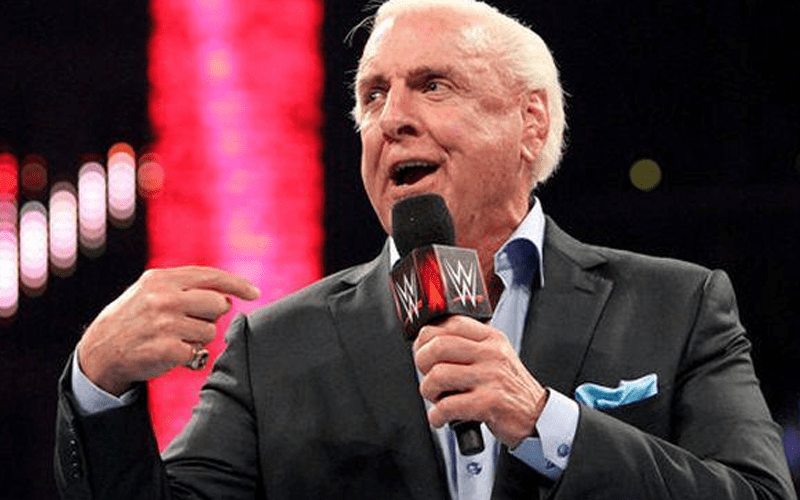 Ric Flair’s 2020 could be very interesting. His WWE contract is running up and we haven’t heard of him re-signing anything. Now he’s pulling his merchandise from one of the the internet’s largest pro wrestling stores.

Pro Wrestling Tees sells merchandise for AEW and so many other indie wrestling stars. They also sell Ric Flair t-shirts, but not for long.

Ryan Barkan, owner of One Hour Tees, the brick and mortar business for Pro Wrestling Tees announced that Ric Flair’s merchandise will be pulled from their website in one week. This announcement was also included in a notice about their on-going sale.

Ric Flair has his own official website. They sell his image on plenty of things from t-shirts to cutting boards. He might just be consolidating to one central store. There’s good news though because Ringside News has a few t-shirts on Pro Wrestling Tees if you want to check them out.