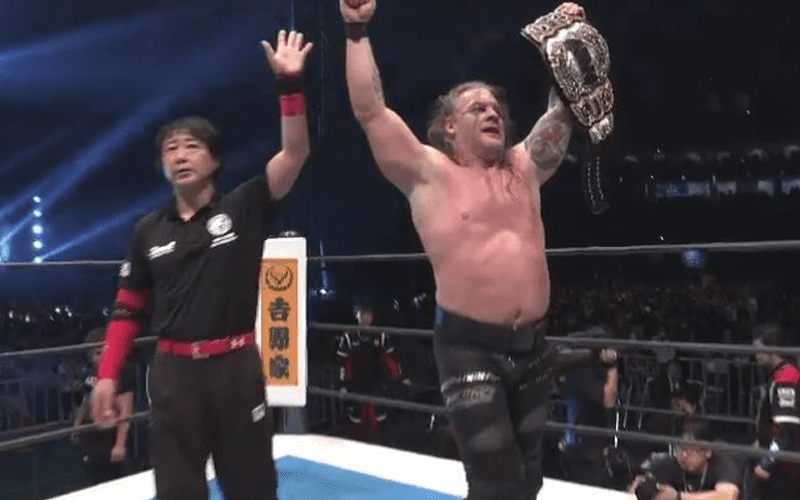 Chris Jericho battled Hiroshi Tanahashi during the second night of Wrestle Kingdom 14. This match had a big stipulation, but Y2J could be implying that the door isn’t closed between AEW and NJPW yet.

If Tanahashi was able to defeat Jericho at Wrestle Kingdom then he wanted a shot at the AEW World Title. This was agreed to. Jericho was able to win, but that doesn’t mean the “forbidden door” is closed just yet.

The fact that Chris Jericho was allowed to appear in the Tokyo Dome with the AEW World Title is notable. We’ll have to see what’s next for those two companies, but if anyone’s going to bring them together it’s Chris Jericho.