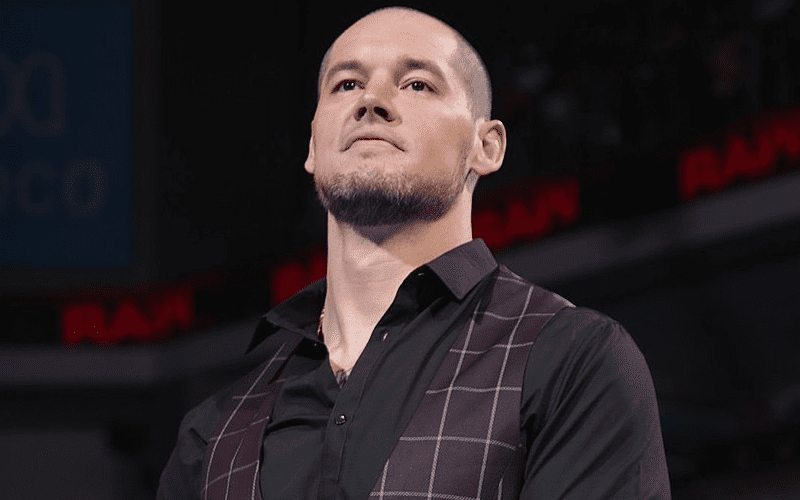 King Corbin wasn’t always the King. He was once a Lone Wolf and also a Constable. There was a time when he dressed like a TGI Fridays waiter and he got a lot of grief for it. He hated it as much as the fans.

While speaking to Cheap Heat With Peter Rosenberg, Corbin called his old ring gear “the worst.” He was wrestling in dress clothes and the harder it worked meant that he was even more uncomfortable in his own clothes.

“It was the worst. That collar shirt, it took me like 6 tries to find a collared shirt that I can function in. The first one, I threw a punch and then it exploded. The second, I started sweating and it got tighter and tighter; it was horrible. The jeans would get heavy when covered in sweat, but the dress shirt was rough. It just sticks to you and it’s hard to move. I go to Express like every 4 weeks to buy 5 $90 shirts. The cheap ones were awful, you wouldn’t be able to breathe; the nice ones were reusable. I would get like 3 or 4 TV episodes out of one, but I can’t use it for all the live events because they would start to shrink a little bit once you wash them.”

There’s a reason why Corbin would rip his shirt during intense matches. He couldn’t move as well and ruining his own clothes actually helped things. Now he gets to dress like a king and he gets carried to the ring. At least he doesn’t have to wrestle in sleeves anymore.