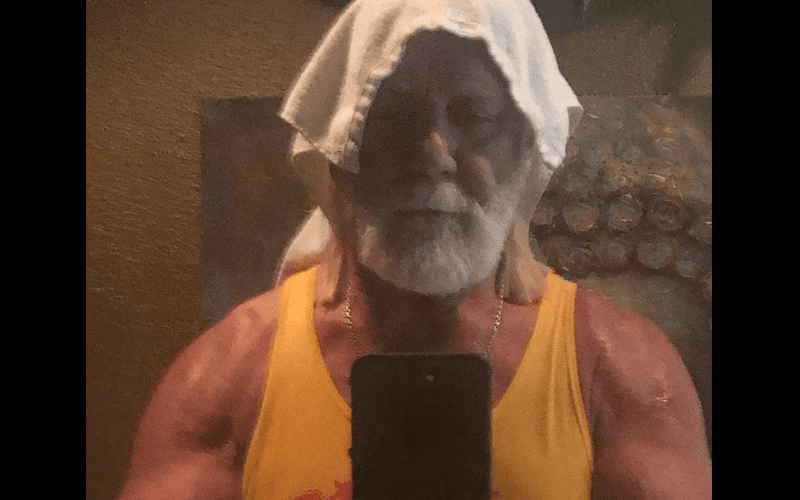 Hulk Hogan just had back surgery. He really wants to recover in time for a WrestleMania match. Hogan’s in-ring career technically wrapped up in TNA and he can’t live with that. So, he’s already back on the grind.

Hogan will receive his second WWE Hall Of Fame ring this year as a member of the nWo. He might be training to look good for the WWE Hall Of Fame, but he is also looking for that one last match.

The Hulkster tweeted out a photo of himself in the gym. He looked very hulked up with a towel over his head. Now he’s back to training way ahead of doctor’s suggestions hoping to be ready by Mania.

They said 4 months light weight then 6 months I could train slowly again after back surgery number 10, buuuttt at 7 weeks 4days my MANIACS can see I’m on the grind with my pizump on brother! I mean PLIZEASE Wrestlemania is right around the corner Brother! HollyWoodHH4Life

Hopefully, Hogan doesn’t overdue it. He is getting back in the gym way before his doctor told him he should. This is his 10th back surgery so Hogan Knows Best.