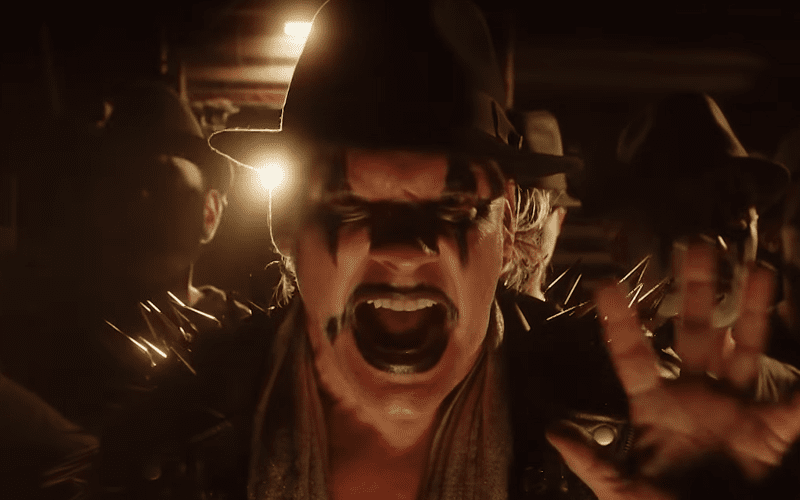 Chris Jericho’s run in NJPW included a mean streak from the beginning. He arrived and the heel tactics kept coming along with his crazy intentions and methods.

Jericho has a big match at Wrestle Kingdom 14 against Tanahashi. That NJPW match could go on to change AEW, but Tanahashi needs to beat The Painmaker first.

While speaking with Sports Illustrated, Chris Jericho explained the original intentions of his character in New Japan Pro Wrestling. He wanted to present much of the same package that he had in WWE. Upon arriving in NJPW he soon discovered that destiny had other plans.

“I originally went into that Omega match thinking I’d be the same guy from WWE. But I was really into Bruiser Brody at the time–I think it was the 30 anniversary of his death–and watching him just beat the sh– out of people. In Japan, people are still intimidated by that and they kind of like it. I really liked the lunacy of the character I played building up to and during the Kenny match, so when I went back for Naito, I didn’t want to wear sparkly tights and light-up jackets. It didn’t feel right. I felt crazier, and I decided that some paint needed to be worn.”

“I was working with Okada, who is ‘The Rainmaker,’ so I said I was ‘The Painmaker.’ It just happened. Now it’s a whole other side of Jericho that could extend my career for another ten years if I wanted it to. I’m a huge fanatic and disciple of the band KISS and the way they market themselves, and I’m surprised it took me this long to wear some paint. I want to use it in certain cases. That’s why I used the paint against Darby Allin on Dynamite. I want to do this character like how the Great Muta did it.”

Chris Jericho has been able to reinvent himself many times throughout his career. Now he is the Painmaker in NJPW and Le Champion of AEW. We’ll just have to see if the events of Wrestle Kingdom 14 will merge those worlds even further.