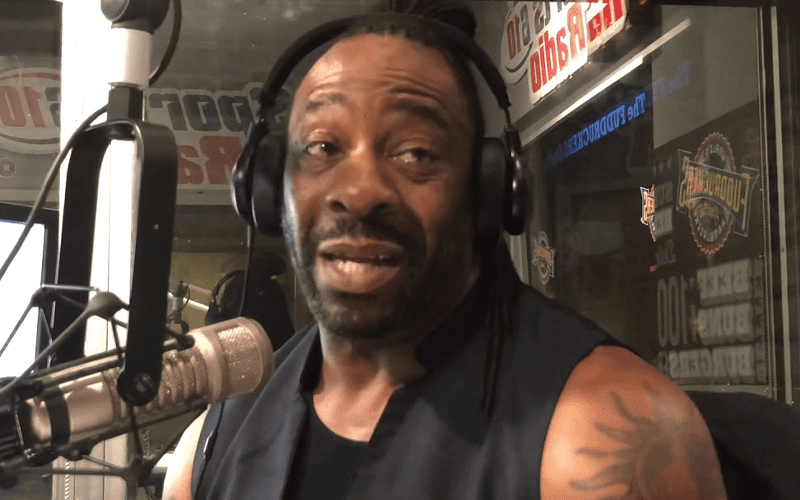 The Revival piqued a lot of fans’ attention when they showed up on the TLC kickoff show and got in Booker T’s face. The Top Guys challenged WWE Hall Of Famers Harlem Heat to a match if they’re down.

Booker T seems ready for this match in Houston. It would certainly be a big draw for the local market if they want to sell some more tickets. Booker T might be ready to give up putting in work to hype this hopeful match.

During his Hall Of Fame Podcast Booker T gave WWE one week to book The Revival vs Harlem Heat. He doesn’t want to have this match booked with one week’s notice.

“I have not gotten my invitation yet, and the thing is, if they don’t tell me in the next week, I ain’t doing it. They’re on the clock. So I’m putting this out there right now. If they don’t let me know within the next seven days, don’t call, because I’m gonna stop training after that. I’ll stop putting in real hard work. Don’t call me at the last minute and I’m not ready. Don’t call me at the last minute because I need time to… my mind gotta be right going into this thing. I gotta be focused. I don’t wanna put in all that work for nothing.”

It seems logical that WWE would book this match. The Revival and Booker T put in all the hard work actually building the feud. All WWE needs to do is announce that the match is happening. Let’s see what takes place next, but it seems like the clock is ticking where Booker T is concerned.