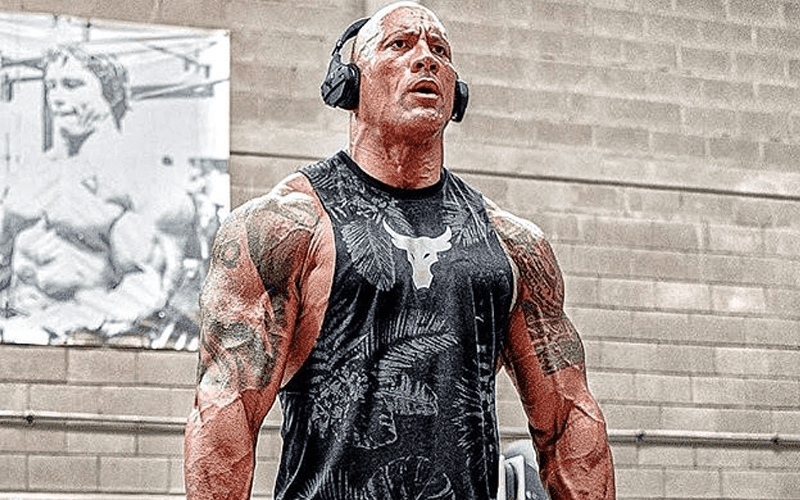 The Rock has wanted to play Black Adam for a while. Now the DC character will come to life portrayed by Dwayne Johnson.

This passion project for The Rock took a lot of hard work to pull off. The hard work is just starting for The Great One too. He has to be in anti-hero shape for this role, now more than ever.

The People’s Champion recently uploaded a new post to Instagram. He’s in the gym training hard for his upcoming superhero movie role. This is something he’s taking seriously and he also revealed that shooting starts this Summer.

The Rock has Black Adam coming up in the Summer. It’s unclear what he’s doing until then, but he certainly can’t afford to get injured at a time like this. That being said, it would not be the best idea to place a huge bet on The Rock having a WrestleMania match again this year.