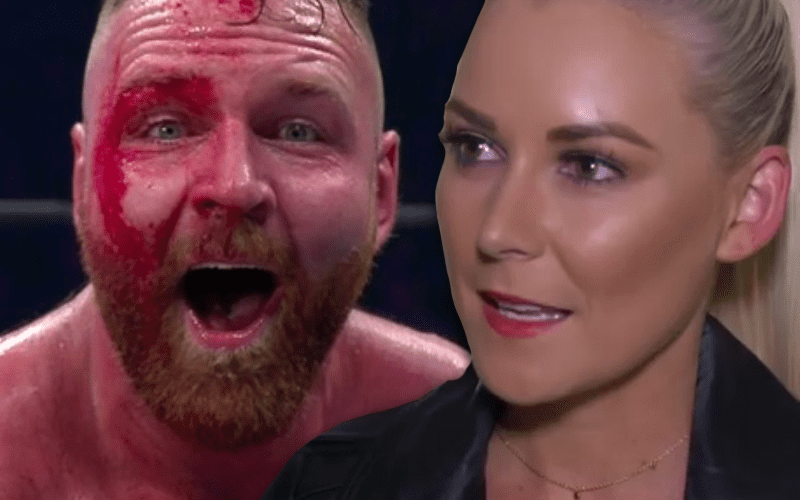 Jon Moxley left WWE and the Dean Ambrose name behind. He didn’t leave his real life wife Renee Young. The two seem even happier now. Still, some fans are prone to believe that anyone with WWE ties hates everyone involved with AEW.

“We thought about [divorce] but we decided we could overcome this obstacle,” Renee Young joked on After The Bell. There have been a few times when Young tweeted about her husband’s AEW work and the IWC went wild.

Young went on to explain how she feels like she can’t even comment on one of her husband’s matches in All Elite Wrestling. If she does a storm of fans flood her timeline with theories about her leaving WWE too.

“It’s so annoying. It’s so stupid that like I feel like I can’t even tweet about something or I can’t talk about a match that he had or whatever. It’s like all this backlash it’s like: ‘AEW CONFIRMED! RENEE YOUNG GOING TO AEW!’ It’s like guys give me a break. It’s like nonstop. Having so much wrestling on TV it’s like people need to take a chill pill.”

Renee Young also said that thanks to her new schedule with WWE it means that she doesn’t have to be on the road so much. She can now take care of “house sh*t” as she puts it. Young can also have time to hang out with her husband who also happens to be a top AEW star.

None of that means that Renee Young is going anywhere because she is quite happy with her WWE and Fox situation.