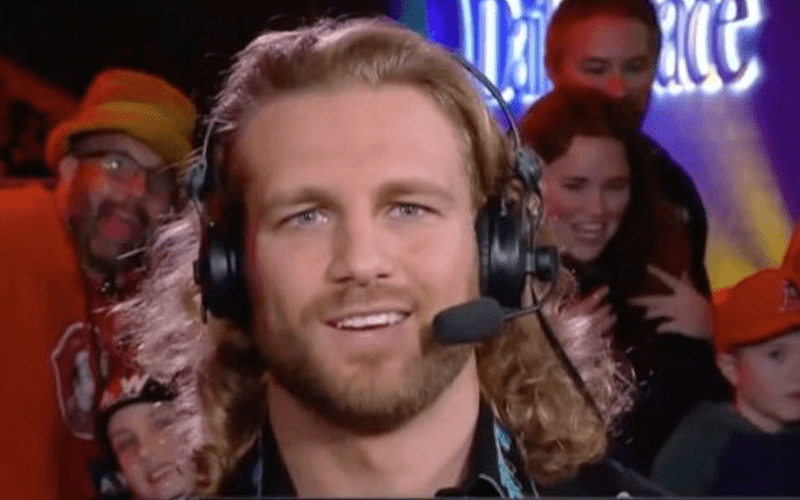 Adam “Hangman” Page entered into AEW with the idea that he would be a top guy. He was in a huge match, but lost the AEW World Title. Since then he’s had trouble finding his footing. Now it appears he is at odds with The Elite.

Page showed up in Jacksonville and he had a cup of beer with him. It was pretty apparent that the production truck knew he was intoxicated. So, they let everyone know about it.

“HAS BEEN DRINKING” appeared over Page’s name in the graphic they flashed on the screen. A lot of people got a kick out of this one.

This isn’t the first time that the AEW production truck trolled Hangman. They put a really strange Holiday message on his graphic the week before Christmas.