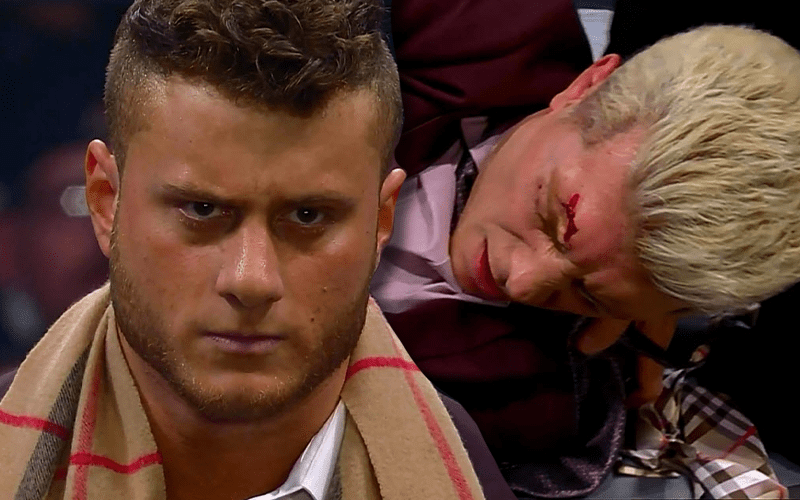 Cody Rhodes really wanted a match against MJF. He offered his watch, his designer shoes, and a truckload of cash. MJF wanted something different.

The third stipulation is that Cody will “get down on all fours like the dog that you are and I’m gonna whip ya, Cody.” MJF said he’ll whip him “10 glorious times.”