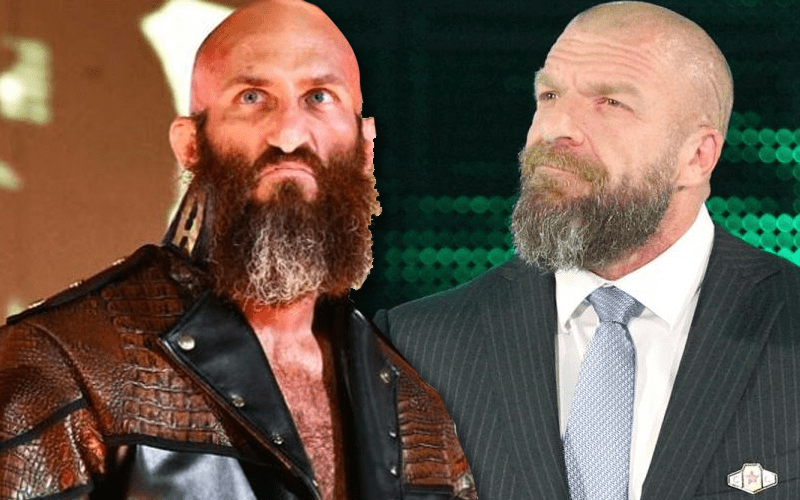 Tommaso Ciampa would rather retire than go to WWE’s main roster. His home is NXT and that hasn’t changed. Triple H commented on Ciampa’s remark and his answer was quite supportive.

On After The Bell, Triple H went on to discuss the potential that Tommaso Ciampa has. One thing Ciampa said is that he would retire from in-ring competition and become a trainer. Triple H agreed that when the time is right Ciampa will be an amazing fit for a coaching position.

“He is an agent and a producer, and helps them with their shows and does everything else and when they are producing their television event or the digital event or whatever the event is that night, he is helping them that night. He is taking the things that we are teaching him and he is using it someplace else and that is going to translate into his career, too.”

It sounds like Tommaso Ciampa is already learning a lot of the skills needed to make an eventual transition into a coaching role. Tommaso Ciampa’s in-ring career isn’t over and he still has plenty to accomplish. It’s never too early to start preparing for your future.