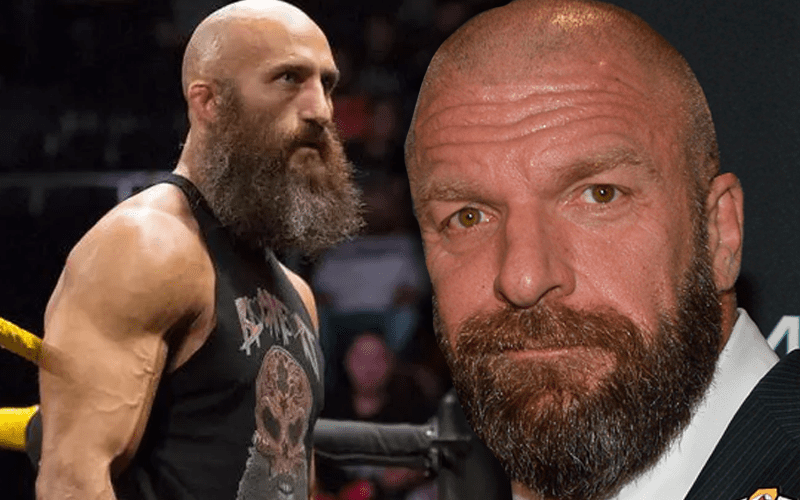 Tommaso Ciampa already put himself through a lot of punishment to make his way to WWE NXT in the first place. According to him, he’d rather retire than work a grueling main roster schedule.

While speaking to After The Bell, Triple H discussed Ciampa saying that he would rather retire than leave NXT. This is something that The Game can understand when it comes to Ciampa’s thinking. The main roster is certainly a different beast.

“I think there’s a part of Ciampa that it comes down to wear and tear and physicality of in his current place physically, could he handle the schedule? Could he handle the grind of a full-time schedule on Raw or SmackDown? It’s a different beast. Even though that schedule has dropped and has become more manageable especially if you have a family and everything else.”

“But for him he probably looks at it like look, if I get on the main roster, I have a run that is this long. If I was on NXT with a lessened schedule and a much more manageable schedule, I can do it for this long. He would rather do it for a long period of time and then transition into other things that he really loves.”

Tommaso Ciampa is likely to have a long career with WWE even if he doesn’t wrestle for all of that time in the company. His mind is valuable and he could serve any number of roles backstage. In the meantime, fans will enjoy every moment they have left with the Sicilian Psychopath.