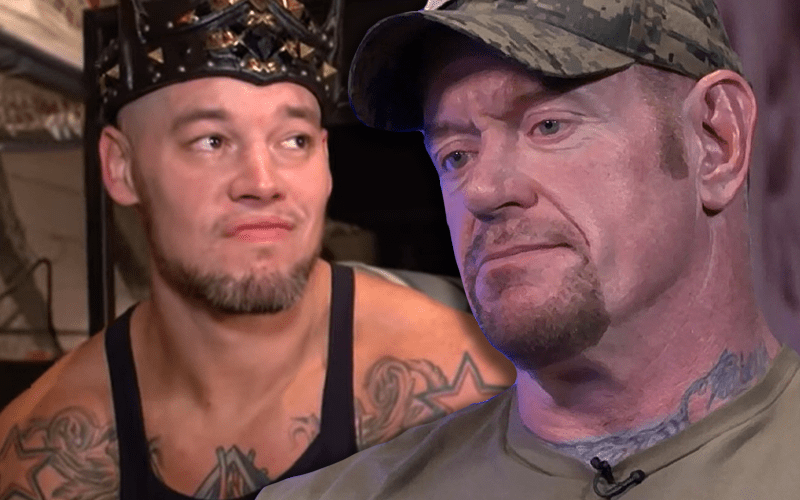 King Corbin is a big man in WWE and follows Vince McMahon’s proclivity to book tall guys in a strong fashion. He is also apparently a chick magnet.

Corbin has been able to learn from a number of people while in WWE. One person he definitely looks up to is The Undertaker. He recently spoke to Chiefs Wire about how he picks The Dead Man’s brain whenever he has the opportunity.

“Undertaker is someone I looked up to for his physicality and mentality, so he’s a guy I grab onto every time he’s around, and he seems very willing to help. And not a lot of guys want to give out secrets, but he helps in how I think about putting things together, and he’s really played a significant role in helping me find success and fame. Same with Triple H, he’s been hands-on with me since day one, and he’s always interested in what I’m doing and how I’m doing and how I can evolve, so those guys have played major roles in helping me grow.”

King Corbin is just getting going and he has a lot of stories to come. Only time will tell if WWE ever books Corbin as a babyface. At the moment he seems to be ready for anything including dog food matches while accepting any sagely advice around.