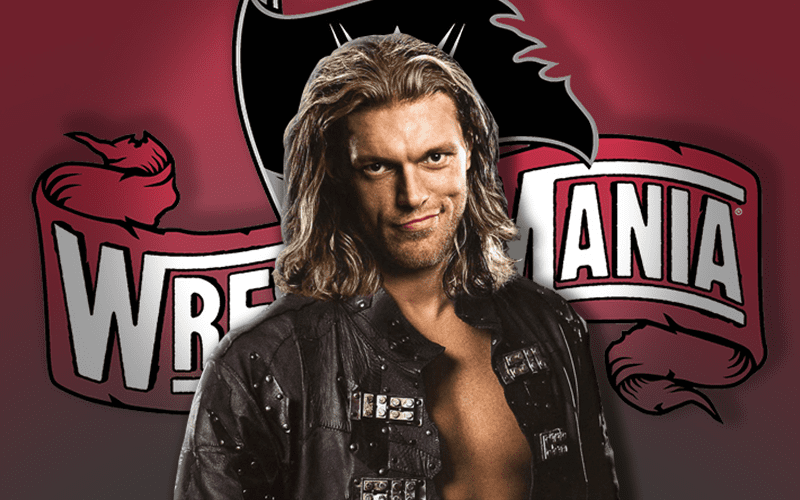 Edge is in good shape and has admitted to taking bumps on movie sets since his WWE retirement. He also said he could have a match tomorrow, but that doesn’t mean he wants to wrestle again.

There were reports that Edge was in Pittsburgh on WWE business. Since Pittsburgh is the home of WWE’s chief physician some fans were hopeful that he was looking at a return.

Edge has tried to shut those rumors down, but they keep persisting. According to Brad Shepard, WWE would like to have Edge around for WrestleMania. He is reportedly on an internal “wish list” along with CM Punk. Just because WWE wants someone doesn’t mean they’ll get them.

In an update to my report on #WWE’s Road to WrestleMania wishlist, another person they hope to get is Edge.

His name is beginning to pop up now at HQ.

If he were to be cleared (in time), I’m told there’s a real chance he wrestles again – possibly at the next Saudi show or WM.

If WWE can’t get Edge to work a WrestleMania match, then there’s always Saudi Arabia. The company has a lot of money to spend on those shows. It is also important to remember that Edge is very busy with acting and being a father so he simply may want to stay retired.