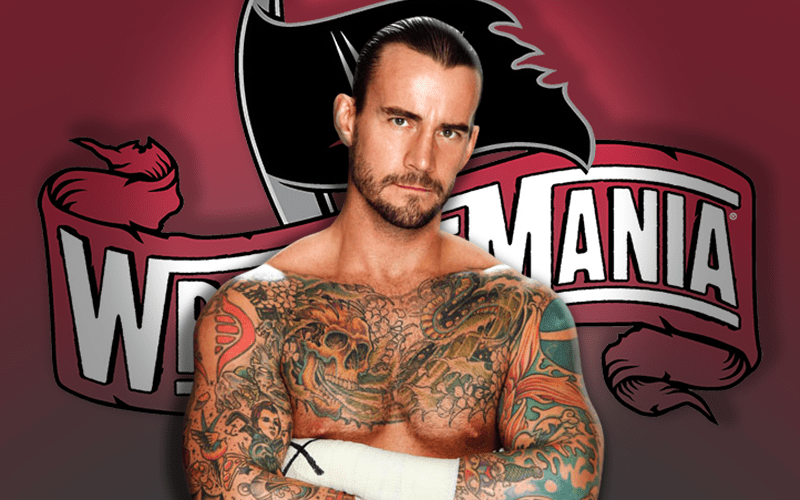 There are a lot of people who WWE might like to have show up for WrestleMania. That doesn’t mean that it will happen.

The company has a host of alumni who could be a big surprise at the show of shows. There are also a few people who could come back and work a match if the payday and storyline was good enough.

So far WWE hasn’t been able to work out anything with CM Punk in regards to an in-ring return. That won’t stop some in the company from apparently including him on a WrestleMania wish list as Brad Shepard reports.

According to a source in #WWE, the company has a short wishlist of people they’d like to use between Royal Rumble and WrestleMania – one name on that wishlist is CM Punk (who is currently not working for WWE). #WWEBackstage #OYDKWS

If someone shows up for the Royal Rumble they might stick around for WrestleMania. CM Punk will be on WWE Backstage this week, but he very well might just stay on FS1 and never use this Fox gig to transition back into the ring.