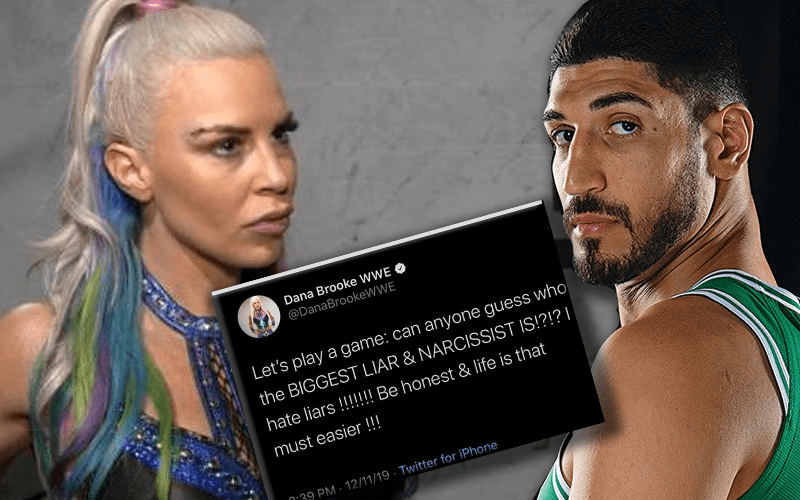 Dana Brooke put out a tweet about hating liars. When fans asked her if she was talking about Enes Kanter, she said “BINGO.” Then Brooke denied it.

Brooke broke out on Twitter with a tweet saying: “Let’s play a game: can anyone guess who the BIGGEST LIAR & NARCISSISTS IS!?!?! I hate liars!!!!! Be honest & life is that [much] easier!”

Brooke quickly deleted that tweet, but she left up several replies to people asking her if she was talking about Enes Kanter. “BINGO” was her reply.

For some reason, Dana Brooke wanted to cry “FAKE NEWS” on a story that is 100% not false in any way. We are puzzled as to why Brooke would try to claim this instead of just going with the classic: “I was hacked.”

Hopefully, Dana Brooke can get back on WWE The Bump so she can spill the tea on what’s going on with her and Enes Kanter.