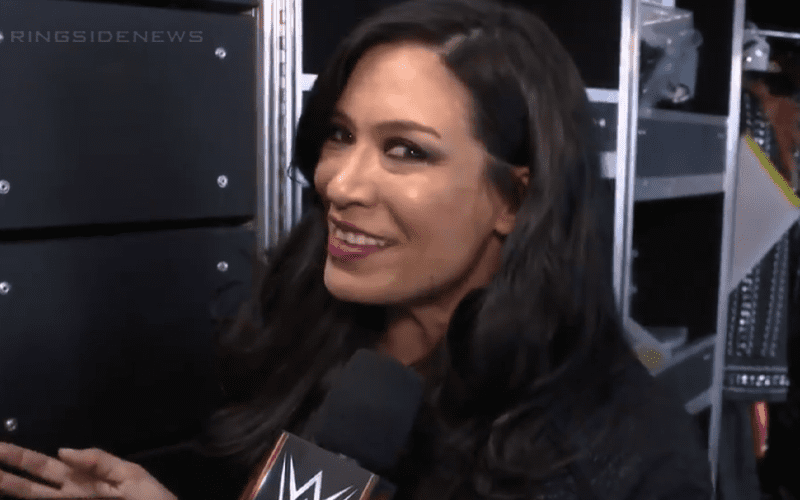 Melina stayed away from WWE for years, but she did come back for a small role on the RAW Reunion show. She only had a brief time on camera, but Melina was able to spend the day reliving some history in her former WWE home.

While speaking to Post Wrestling, Melina spoke about the closure she felt when coming she was able to make her brief RAW return. She called it “therapeutic” as she was able to share some real emotions with people she worked with for years.

Oh my, it was therapeutic. I needed that, because I needed closure. I needed closure. I needed to say goodbye to the people I needed to say goodbye to. I needed to talk to the people who we never said goodbye but we never said our feelings. So it’s like some of the girls I worked with, I told them how I felt and the funny thing is they started telling me how they felt. You know, I always thought I was an oddball but we all thought we were oddballs and we kind of were never too scared to open up to each other so it was very therapeutic and now I have my sisters, and now I’m there for them that much more after being out of there, so it was beautiful.”

It’s funny how an absence can change things. Melina’s return to WWE was a lot of fun for her and fans really enjoyed seeing her as well. Perhaps that was just one of many returns for Melina in the future.