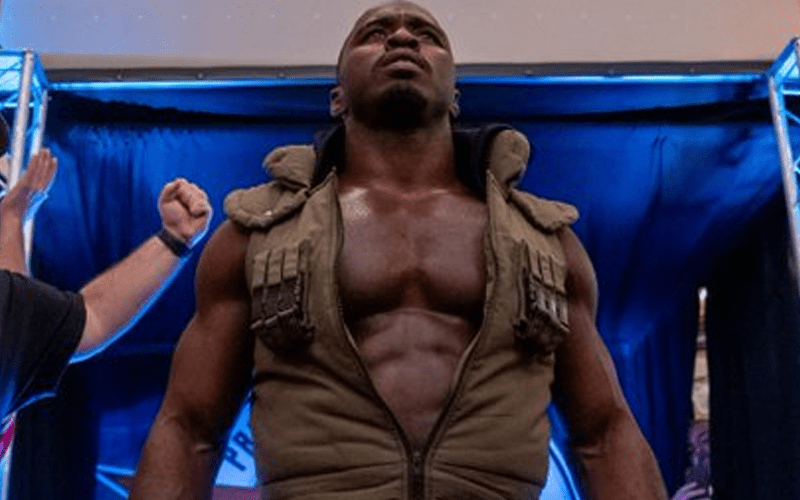 Super ACH is not holding back his thoughts on anything. He wants in the WWE Hall Of Fame, but he also said WWE doesn’t care about black people. He recently started a bit of an online beef with Shad Gaspard. It doesn’t sound like anyone should expect an apology from him anytime soon.

The former Jordan Myles tweeted out that he’s the “heart of the heartless” and “a leader.” More importunately, he’s a man who doesn’t care about what people think.

I’m the heart of the heartless, a leader, and more importantly I’m just a man who could careless about how i make you feel.

This shirt is empowering me to make change. Have I voiced my feelings about things openly?

You betcha! Do I plan in apologizing? Not at all. I’m not crying. I’m not whining. I’m standing up for my beliefs. Don’t like it… unfollow and block. Keep throwing your rocks and stones at me. It’s hard to hit me when I’m this high up!

Super ACH said that he quit pro wrestling because it is full of snakes. We’re not sure what he’s going to do with all of the extra attention he’s getting, but let’s hope he finds some kind of closure soon.