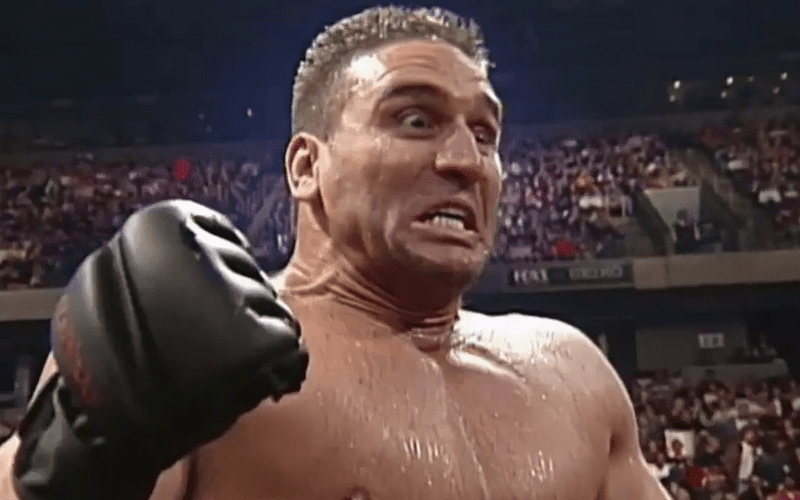 The Brawl For All was a terrible idea. It injured wrestlers and killed pushes all over a shoot fight in a pro wrestling ring. What could go wrong?

When Wrestling Inc asked Ken Shamrock why he didn’t compete in the Brawl For All, he had a simple response. He decided not to.

WWE did try to sweeten the deal for The World’s Most Dangerous Man by offering him $50,000 just to compete. His participation would have certainly legitimized the tournament. That $50,000 was just a drop in the bucket compared to what Shamrock could have been making to fight for real.

“I chose not to. I worked hard to gain trust in the wrestlers. I just came from the world of fighting and they went me to get into this Brawl For All. I thought to myself, ‘I’m a professional fighter.’ It’s not fair to those guys to get involved because I’m at a different level.”

“I respectfully declined. They were gonna pay me $50,000 to fight for real when I make over $1 million to fight in something like that. Then I’m gonna have to fight multiple times to win it? You’re not gonna give me 50 grand. It was about me being a professional fighter and them being amateurs.”

WWE did a lot of things with Ken Shamrock on their roster. Having him shoot fight was not one of them.

Some have argued including Randy Orton that Ken Shamrock should be in the WWE Hall Of Fame. We’ll have to see if that happens eventually, but if and when it does a Brawl For All clip will be missing from his highlight video for a very good reason.