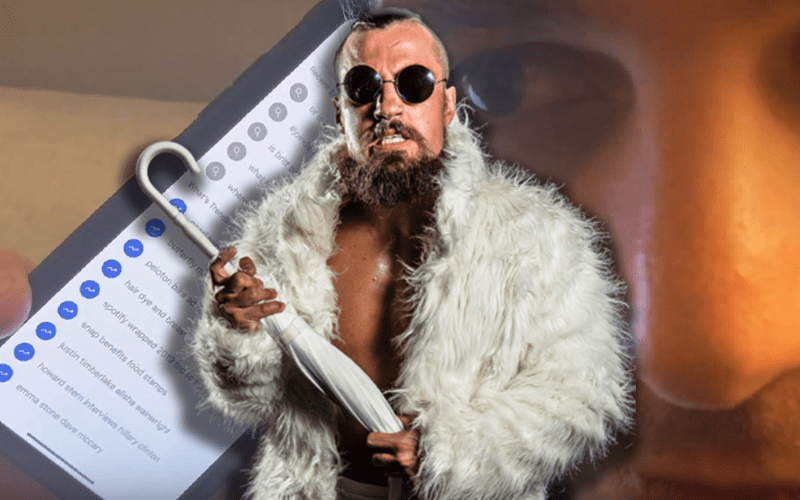 Marty Scurll’s ROH contract ran up on November 30th. He is sticking around with the company to work Final Battle and the next night’s television taping. After that it’s anyone’s guess were The Villain where go.

Scurll might very well decide to stay with Ring Of Honor. Plenty of fans are expecting him to join his friends at AEW. During this week’s episode of Being The Elite, they dropped a very good hint that AEW is looking for a villain.

Matt Jackson’s phone could be seen for a brief second and in the recent searches was “Where do I find a villain?” It looks like they were also searching to figure out how to spell villain and whether or not Britt Baker is actually a dentist.

They also wanted to know how much is Triple H’s net worth. In case you’re wondering, it is listed at $40 million.

This is a nice little clue inserted into Being The Elite. Let’s just see if AEW introduces any more new faces in 2020.