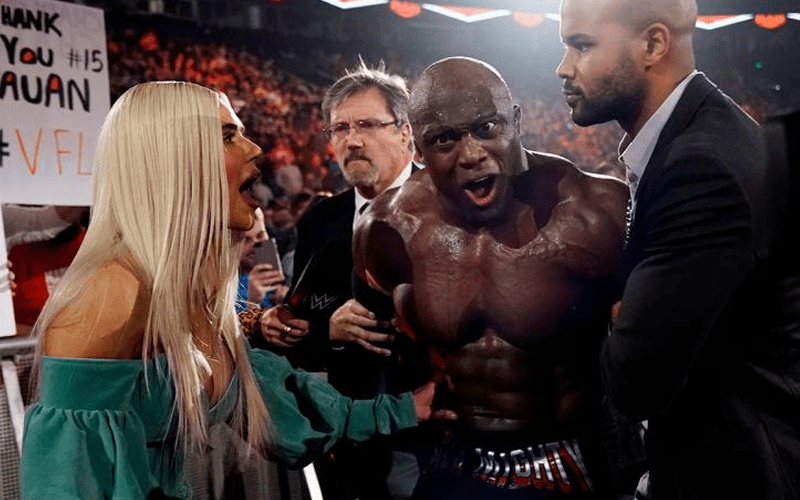 Lana and Bobby Lashley were arrested on WWE Raw this week. If you read our leaked spoiler, then you saw this segment coming. They are out of jail now and talking about their experience.

WWE released a statement from Lana about her recent arrest. She is quite confused as to why this is happening. She did hire the police officer herself before being arrested in front of millions.

“How can I be arrested by an off-duty police officer, hired by me, to protect myself?”

Thirty minutes later, WWE released a statement from The All Mighty.

“I’ve been advised by attorneys to not speak about the case because it could involve future litigation.”

It sounds like Lana and Bobby Lashley’s legal troubles might not be over from this situation. Rusev and Lashley are currently advertised to compete at TLC. WWE hasn’t made the match official yet.