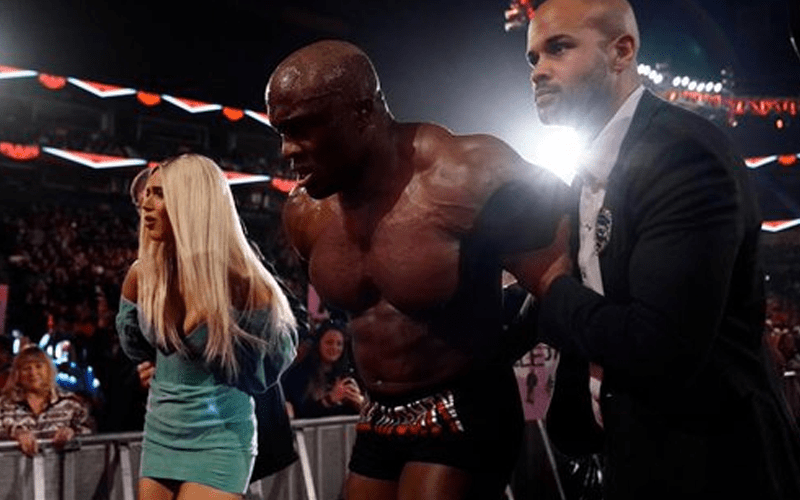 Bobby Lashley and Lana’s time in Nashville did not end up the way they would have liked last night. They were both arrested and led off after Rusev’s attack turned the tables on them.

Now WWE has revealed that both Lana and Bobby Lashley have been released from incarceration. Apparently, they spent the night behind bars.

In an update from WWE, they let us know that both Superstars have been released from jail. Neither of them have commented on it yet.

WWE.com has learned that Bobby Lashley and Lana have been released from a Nashville jail. Both Superstars have been reached out to for comment.

This isn’t likely going to stop Bobby Lashley and Lana from hating Rusev. If anything, it will probably provide Lashley with even more motivation as they approach TLC on December 15th. He is already advertised to have a match against his lover’s soon-to-be ex husband at the event.