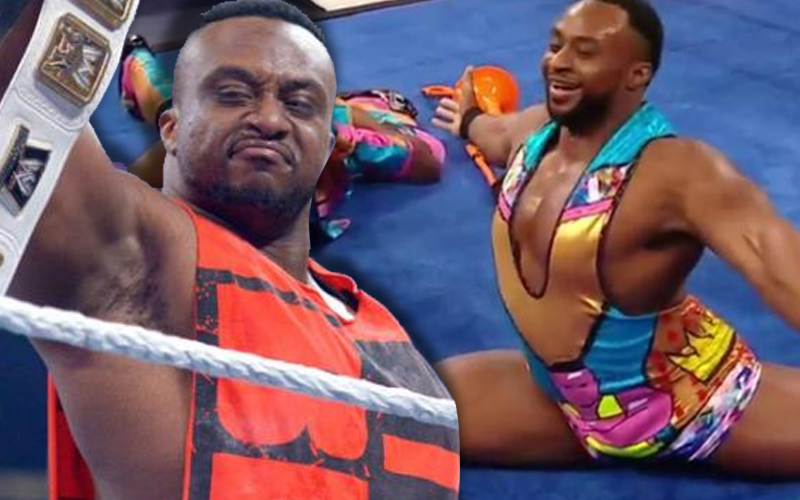 Big E is known for his off the cuff remarks as The New Day racks up one meta moment after another. There was a time before The New Day started over five years ago when WWE didn’t know what to do with the second-ever NXT Champion.

During The New Day: Feel The Power, Big E revealed that he was told that WWE higher ups thought he was boring. They also might have been cooking up something very interesting for him because they wanted to know if he could juggle.

“It’s wild to me how all the pieces came together separately [to form The New Day] because at the time I was from producers that The Office thought that I was boring. That’s something that they wanted me to try — at one point one of the producers told me, ‘Hey, can you juggle?’ They legit wanted me to juggle I suppose have a match and bust out some juggling.”

He said that on the night he dropped the IC Title to Wade Barrett at Extreme Rules 2014, Road Dogg came up to him. Big E was told that he needed to “get into pre-tapes” and figure out what to do next because he was about to be on his own.

They also asked him if he wanted to do some “pec dancing” which he admitted is “kinda funny now” considering the fact that he does it so often on his own as a member of The New Day.

“I pec dance just to pop myself,” Big E admitted, but at the time WWE was just trying to figure out something for him to do because he was “boring.”