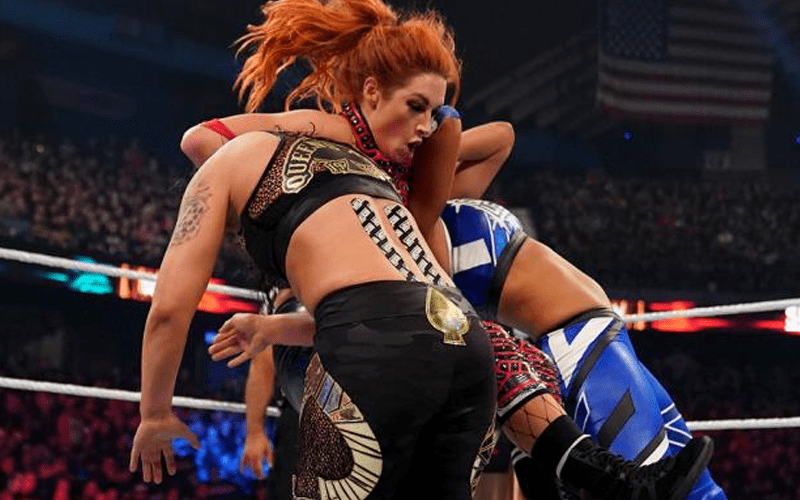 Vince McMahon wasn’t too happy with how the Survivor Series main event turned out. Shayna Baszler choked Bayley out and then Becky Lynch ended up standing tall after beating Baszler down. This all came together as best it could, but fans just didn’t seem to respond. There were also some communication issues which added to the problem.

Fightful Select reports that the people who produced the big Survivor Series main event were Adam Pearce and Sarah Stock. It was reportedly “a struggle to communicate” what was going on in the ring. It’s unclear exactly what the issue was.

Adam Pearce and Sarah Stock produced the WWE Survivor Series main event match between Becky Lynch, Shayna Baszler, Bayley match. We’re told that there was a struggle to communicate from backstage to what was going on in the ring, but weren’t told if that had to do with some kind of equipment malfunction or otherwise

Hopefully, they can avoid any further issues like this in the future. You never know what can go on backstage to change what we’re seeing in the ring. Apparently, Vince McMahon was also calling high spots to try and engage the audience during the match. In the end, all we can do is look back and appreciate what they were trying to accomplish.