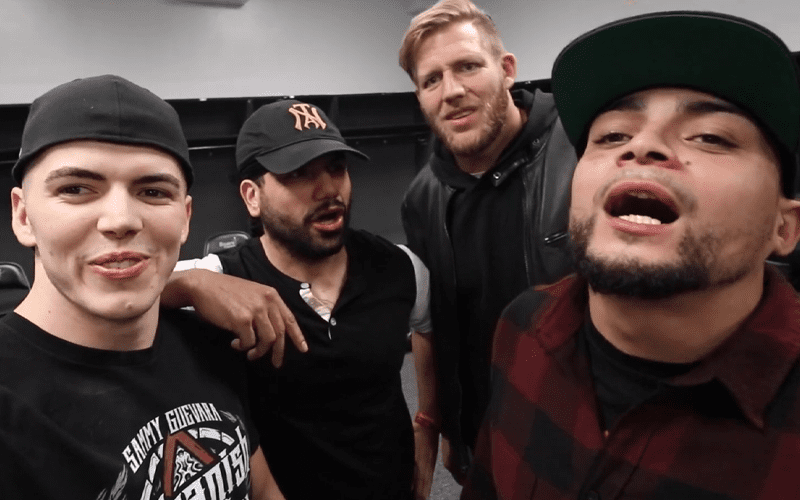 The episode started out with the Inner Circle learning that they should never kidnap people. The Liberian Leva Bates was quite informative and also read them bedtimes stories. Then they all took a goodbye selfie together before letting her go. Despite her positive influence, they are still going to be heels.

Sammy Guevara and Proud n Powerful had a lot of fun goofing on the Young Bucks and then they did a mail bag segment. Guevara was asked “what’s it like to be a God?” among other things.

Jake Hager was shown editing the episode fans were currently watching so this was apparently his handiwork. The Inner Circle might have starred in this episode, but Merch Freak still made a cameo and he scared the Inner Circle off. Then Brandon Cutler and Matt Jackson found the camera so it’ll be back to our usual BTE next week.

It was a nice change of pace for Being The Elite as The Inner Circle got to have a lot of fun on camera. It’s still a mystery why AEW has yet to really feature these BTE stories on Dynamite.