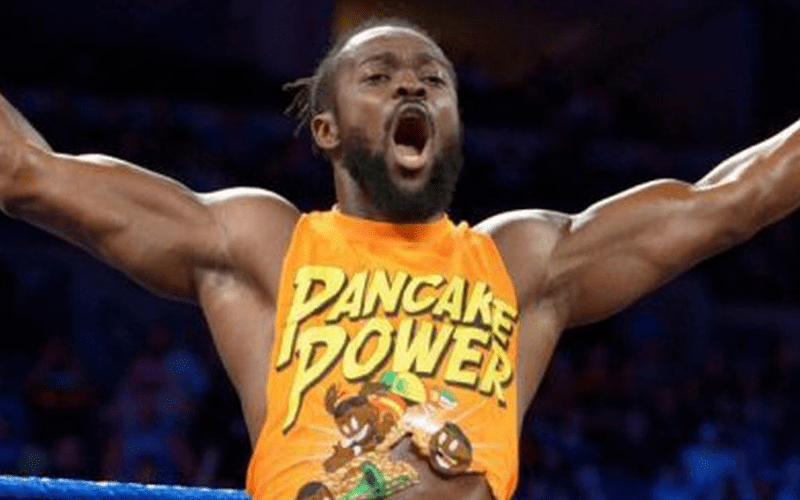 Kofi Kingston is a former WWE Champion and a member of The New Day, but he hasn’t had his name changed by WWE yet.

Big E did lose his last name as he said on The New Day: Feel The Power that he just showed up to work one day and he was told his “Langston” last name was gone.

Xavier Woods joked that they should have a club backstage with Superstars who lost part of their names. Then he asked Kingston if he was ever in danger of losing his last name to just become “Kofi.”

“No I have not, but I was in danger of becoming the King Of The Ring at one point which would have been King Kofi Kingston which again would not have been a good thing because of the acronym, take it from there, you know?”

It’s probably a very good idea that WWE didn’t stick that name on Kofi Kingston. It probably wouldn’t have been the best look once people figured out that all three names started with a “K.”