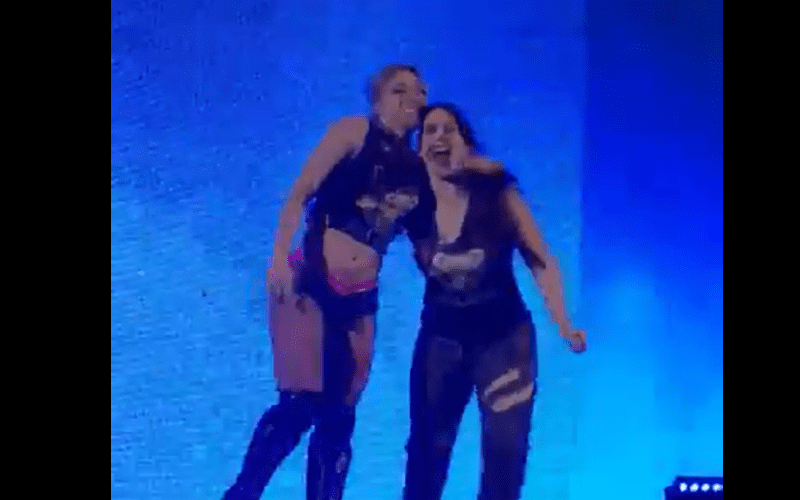 Alexa Bliss made her big return to WWE during Friday Night SmackDown. WWE brought their roster to Mexico City last night where Bliss competed in an actual match marking her first contest since her return.

The Kabuki Warriors put their WWE Women’s Tag Team Titles on the line against Charlotte Flair & Becky Lynch, Sasha Banks & Bayley, and Alexa Bliss & Nikki Cross. In the end, Asuka and Kairi Sane retained their titles, but Bliss was able to get in on the action.

This fatal four-way match for the WWE Women’s Tag Team Titles is the same match that will be featured at Starrcade tonight. We’ll have to see if The Kabuki Warriors will be able to retain tonight in Georgia as well.

As you can see from the footage below, Alexa Bliss received a big reaction when she got the tag. The fans were with her the entire time as she worked as a babyface. It will be interesting to see what’s next for Bliss, but Nikki Cross was elated to have her back this week for obvious reasons.