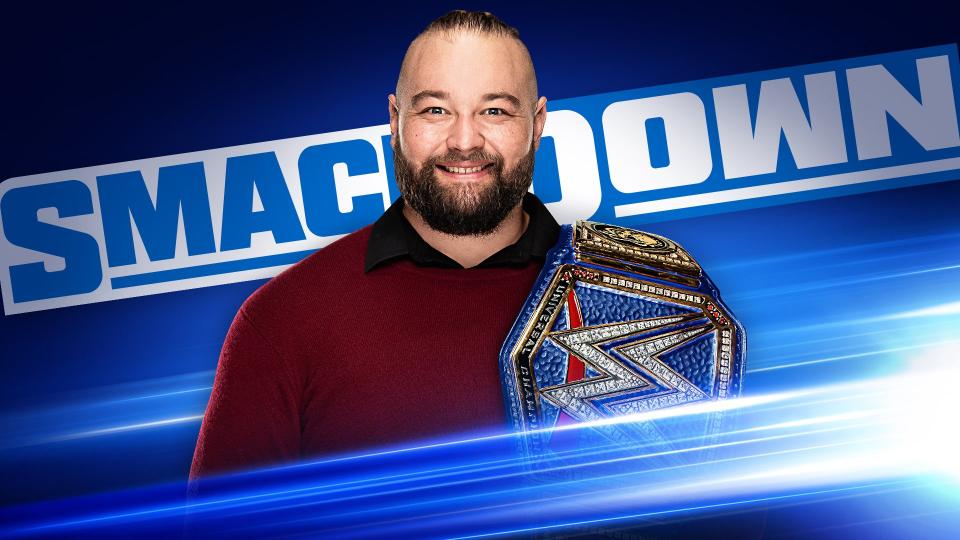 WWE might have a lot of surprises planned for Friday Night SmackDown. Elias and Sheamus are both backstage and could be returning. Liv Morgan is also rumored to be considered for a new role on television, but we’ll just have to see what WWE has planned.

Bray Wyatt will have a Firefly Fun House segment tonight. WWE said that they will be introducing a new face to the Fun House and a lot of people were hopeful that they could be talking about Liv Morgan.

The New Day will also put their SmackDown Tag Team Titles on the line. They will issue an open challenge for tonight so let’s just see what happens.

Roman Reigns came down to the ring to a nice pop. Roman said in his household if you still have leftovers in the fridge, then it’s Thanksgiving, so “Happy Thanksgiving!” That was nice of him.

He said last year was a tough one and to be in the ring in good health surrounded by “new family” is a blessing. The crowd was eating it up. Then he said that Team SmackDown whooped some ass at Survivor Series and then a big “NXT” chant broke out. Reigns said “it’s all WWE,” but they didn’t get the job done. He’s just talking about the men’s elimination match, of course.

Then Roman Reigns thanked everyone who was on his team, except “one dummy on the team” named King Corbin. “I ain’t gonna thank a dummy, nah.” Then they brought the dummy out to the ring for an apology.

Then Corbin came out and said that Reigns must have lost his mind because it was his “fearless leadership” that helped lead SmackDown to victory. Corbin said he took out two men before Reigns turned on him.

Reigns said Corbin didn’t get the job done at Survivor Series, but he can get the job done in Birmingham, Alabama. Corbin made fun of Roman for caring about his family and then the crowd chanted “Roman.” Then King Corbin explained what it was like to be a king on Thanksgiving.

Then King Corbin insulted Alabama and their football after taking a shot at Roman Reigns’ wife for burning their store-bought Thanksgiving turkey. A match was set up next between Reigns and Robert Roode.

Roode slowed things down with a headlock after a short exchange to start off the match. Then Roman Reigns hit a shoulder tackle and Robert rolled out of the ring to talk with Ziggler and Corbin.

Ziggler distracted Reigns and Robert Roode took control and laid in some stomps. Then Roman came back with a couple of right hands and the last one sent Roode out of the ring.

Roman ended up mounting a comeback when we came back from commercial. Then he cocked his fist and had to chase Ziggler off the apron before missing a Superman Punch. Roode hit a blockbuster for a two count and Corbin didn’t look happy.

Roman reversed out of a Glorious DDT and hit a powerbomb for a two count. Reigns was going for another Superman Punch, but Ziggler pulled Roode out of the ring. Roman hit a Superman Punch on Ziggler on the outside and Roode jumped him before sending him into the post and the ring steps.

They returned to the ring and Roode went for a top rope dive, but Reigns nailed a Superman Punch for a two count. Reigns went for a spear, but Roode countered with a spinebuster and a two count.

King Corbin gave his scepter to Roode and then Corbin distracted the referee. Reigns nailed a Superman Punch and a spear for the win.

Then Roode went to get a steel chair and he got in the ring. He opened the chair and put Roman’s head on it. Before he could hit him with the scepter, Reigns moved and nailed a Superman punch. Then Reigns speared Roode through the barricade.

Then Reigns swung the steel steps and took Ziggler out before he tipped the announce desk up and then he tipped it over on Roode.

Wyatt said he had such a great time with Survivor Series that The Fiend deserves a belt of his own. Wyatt wants to play with Daniel Bryan again.

They showed Daniel Bryan who was pacing backstage thinking about Bray Wyatt wanting to play with him again.