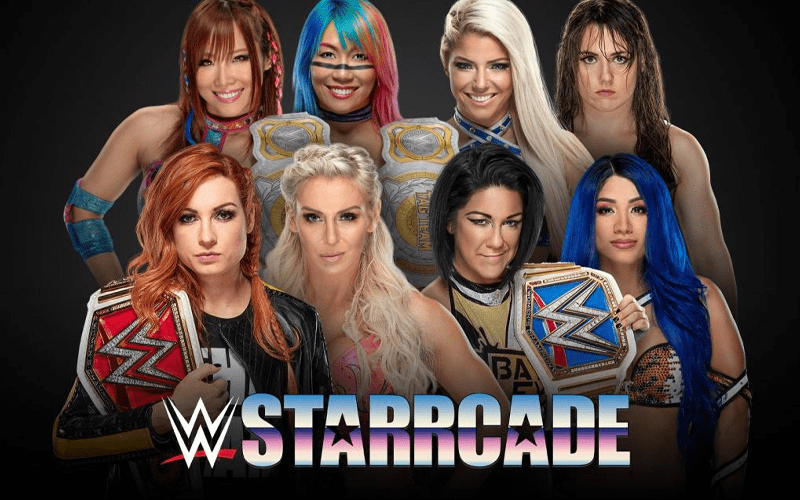 WWE is bringing another Starrcade event to the WWE Network and they plan on airing an hour-long special. The night will include several matches that we won’t see on television, but we are promised to see at least two contests.

The third WWE Starrcade event will kick off tonight on the WWE Network at 7:00 PM EST/ 4:00 PM PT. The Infinite Energy Center in Duluth, Georgia is hosting the event.

Asuka and Kairi Sane will defend the WWE Women’s Tag Team Titles in a fatal four-way match. This could be a very difficult match as they face Bayley & Sasha Banks, Becky Lynch & Charlotte Flair, as well as Alexa Bliss & Nikki Cross.

Rusev will also get his hands on Bobby Lashley at Starrcade. Those two will do battle in a last man standing match. This is an interesting gimmick match for them to have in their first actual contest since starting their feud.

Also, Kevin Owens will host a very special edition of the Kevin Owens Show. Ric Flair will be his special guest and there is no telling where that segment could go.