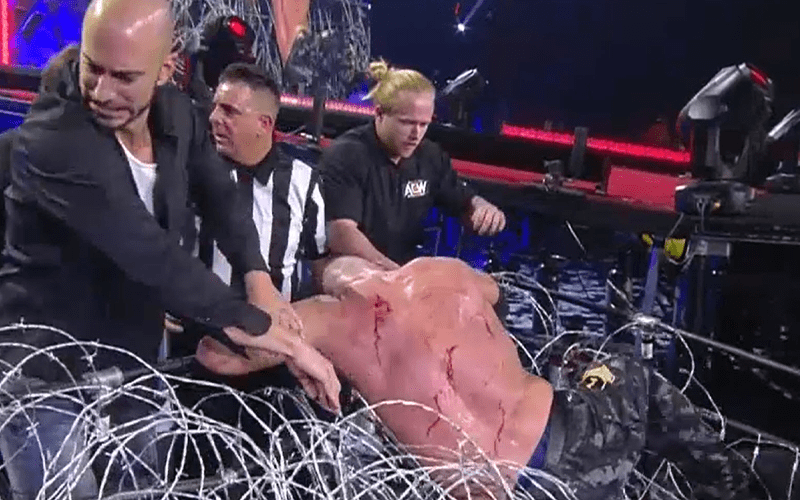 AEW might have ruffled some feathers with their Full Gear pay-per-view. Although some fans love the lights out Jon Moxley vs Kenny Omega contest, others were not so entertained.

Tony Khan has addressed those who hated the unsanctioned match. The actual match participants have also spoken out to defend their brutal contest. The Wrestling Observer Newsletter notes that former WCW announcer Chris Cruiser tried to get AEW in trouble.

It is reported that Cruise contacted the Maryland State Athletic Commission where he asked if the unsanctioned match was allowed. He cited the commission’s rules on blading and intentionally drawing blood and asked whether using barbed wire brooms and baseball bats fit into that description.

After repeated requests, he was told that the commission prohibits wrestlers from deliberately lacerating themselves or their opponents, or introducing human or animal blood into the match, none of which happened in that match. The commission noted that they were at the match and there was a doctor assigned to the show.

This matter might be over for now, but you never know how someone will come at AEW next. The investigation might still be on-going, but it’s unclear exactly what or how they will investigate this claim.