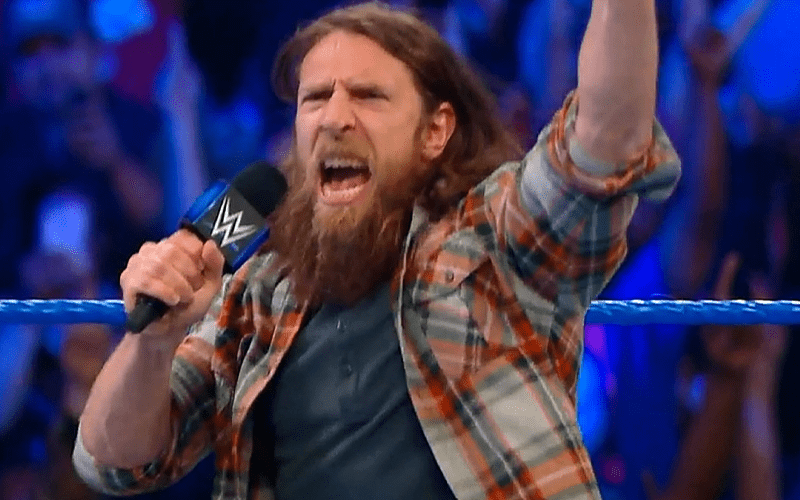 Daniel Bryan is known for his long beard and hair. It seems like he could be in for a trim now.

Click her for our complete Friday Night SmackDown results.

Bray Wyatt said during the Firefly Fun House that he wants Daniel Bryan to play with him again. This did not receive an immediate answer from Bryan. It took the entire show for him to give an answer.

Daniel Bryan came out at the end of the show this week and it seemed like he was bringing back the Yes Movement. Then Bray Wyatt appeared on the screen and promised to debut a new face on the show. Suddenly, The Fiend appeared from under the ring and pulled Bryan under with him.

The Fiend started pulling out big globs of hair from beneath the ring after that and he was really enjoying himself. It seemed like he was yanking the hair right out of Daniel Bryan’s head. Perhaps the next time we see Daniel Bryan he will be #1 contender, but he might also have much shorter hair.