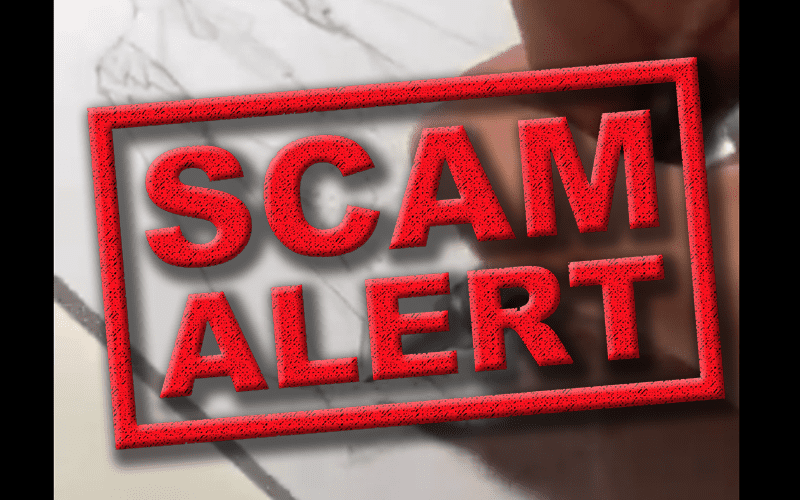 Yesterday we reported about a woman with a verified WWE account claiming to be a wardrobe designer. It turns out that she was running an elaborate scam.

There was a video released under this account that excited a lot of people. This video showed someone drawing a Gothic dress with the Firefly Fun House music playing over top of it. Fans got very happy thinking that possibly Liv Morgan might be making her return as Wyatt’s associate.

Kristen Ashly, co-owner of Bell To Belles thought this post was rather unusual. So, she did some digging and what she uncovered was an elaborate ruse that has all the makings of a classic scam artist tale.

“Wardrobe Designer and Stylist” for WWE, Hallmark Channel FOX Sports, and alleged Girl Up Ambassador, @ericagimbel is a fraud: A Thread.

There’s a lot to sift through, so bear with me. I’ll start at the beginning…A boss of mine had quote RT’d “” to a tweet

so I clicked on it to see what it was. I was blocked from the account, Erica’s, and couldn’t see the tweet. I was instantly suspicious, because I’ve never had any engagement with this account, and seeing her bio, I was instantly intrigued.

I started to scan her profile,

took over writer @LynnOlanoff’s account, claiming to have an “in” with WWE PR, and tried to feed me fake scoops. This account looked eerily similar. Knowing @SeanRossSapp has also experienced something similar, I contacted him. He said he would message some people for me.

I also enlisted the help of @MrWarrenHayes because his computer skills are better than mine. OH BOY DID WE FIND SOME STUFF.

First, we tried to Google Image Search her profile pics and some of the other pics on her profile. We couldn’t come up with any on her profile. But it’s weird that all four of her previous photos have no face in the shot. All are behind generic backgrounds that could be anywhere.

Notice, she’s from Colorado, this store is in Pennsylvania. She tags Givenchy in the pic, but the dress is from Nicholas The Label.

You’ll also notice I commented to see if it was still there. No one has returned my message.

Before changing her bio, “Erica” said she worked for Taylor Swift and Disney. I contacted Taylor Swift, I haven’t gotten any messages back. I also contacted Girl Up, because when I went to their site to see their ambassadors, they don’t have any position by that name. Still waiting on their response.

There was a tweet where she claims to have written a review for Women’s Health Mag on Mandy Rose’s app and a post for HuffPost.

I searched everywhere for those reviews, even an archived version, and never found them. They were never written, nor has any Erica Gimbel ever wrote for them.

We continued to dig. Found tweets from 2014 and 2016 from the account in Google Search that has since been deleted (in the purge), that clearly had came from the original owner of the account, Erica Gimbel of Princesses: Long Island, a reality show that once was on Bravo.

When you purge your account, everything is gone except for the tweets you have liked. Warren noticed that before April, the last likes were from 2014, all related to posts from Princesses: Long Island.

SRS knows a lot of people within WWE, and he has spoken to three people who appears on her TL. NO ONE HAS HEARD OF HER.

Some of her pics have clearly been cropped and ran through Canva or Spark. We can’t find a trace of this woman as she sells herself anywhere. Trust us, we SCOURED the internet. Verified people who once followed her, no longer do…because they’ve realized she’s a fraud. 5 years between liked posts. Tweets coming up in articles from 2014 that are not related to this Erica she claims to be now.

This woman found an abandoned account hacked it, purged it, and falsely made a “WWE” related persona. I don’t have proof they’re the same people, but the similarities between her and “Lynda” are too real. This isn’t the first time she’s done this. She will prey off people.

This woman is clearly sick. She has some deep mental trauma that caused her to do this, and so I toyed with bringing other people into the mess. BUT, she likes the attention so much that she is leading other people to believe her lies.

Since I started this investigation, Erica has since unblocked me. Which is why I think she knows I know, and her morbid curiosity is getting the best of her.

Erica, Lynda, whomever, please stop. There are sites who have posted your bullshit lies. Those jobs are at stake.

To those sites, and anyone else so quick to believe a bio with a checkmark, please do your research. Yes, we did some RESEARCH, but a few hours of it would have told you the same thing.

There are threads out there in forums pondering if she’s real. Go take a peek at those.

Big kudos to Kristen Ashly for uncovering this information and putting it all together. It is unfortunate that this scammer/hacker/overall liar got away with so much. This also isn’t likely to keep them from trying again, but at least we know about this scheme.