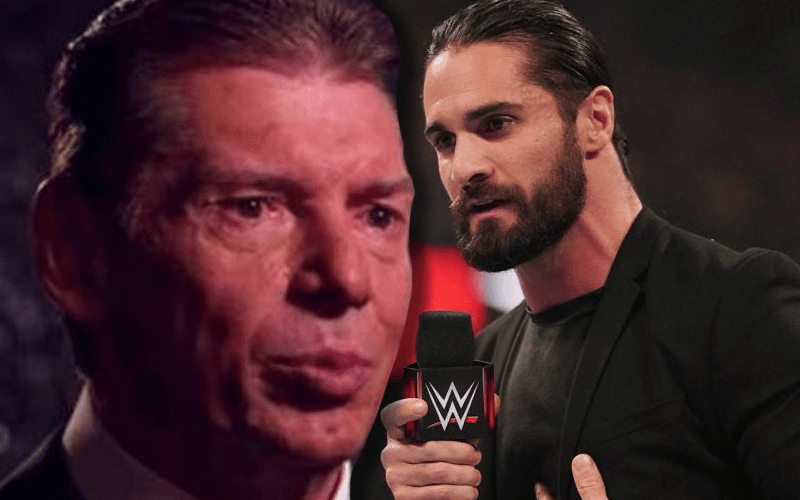 During Raw this week, “CM Punk” chants started as soon as Seth Rollins started speaking at the beginning of the show. This was a big heel turn for Rollins and he replied to the fans by saying:

“I tried to get CM Punk here, I’m sorry, he didn’t want to show up. He wants to sit behind a desk in Los Angeles and talk about a change he’s too afraid to make himself.”

Dave Meltzer reported on Wrestling Observer Radio that Vince McMahon was “furious” about this mention of Punk by Rollins. The general idea is that you never hype a match that isn’t going to happen.

There is a small chance that McMahon and Rollins worked this out beforehand and Vince was just selling for the boys. Unless that happened, McMahon was livid.

We’ll have to see if CM Punk signs a deal with WWE eventually to wrestle once again. It doesn’t seem likely and Vince McMahon wasn’t too thrilled with how The Architect handled that popular fan chant this week.