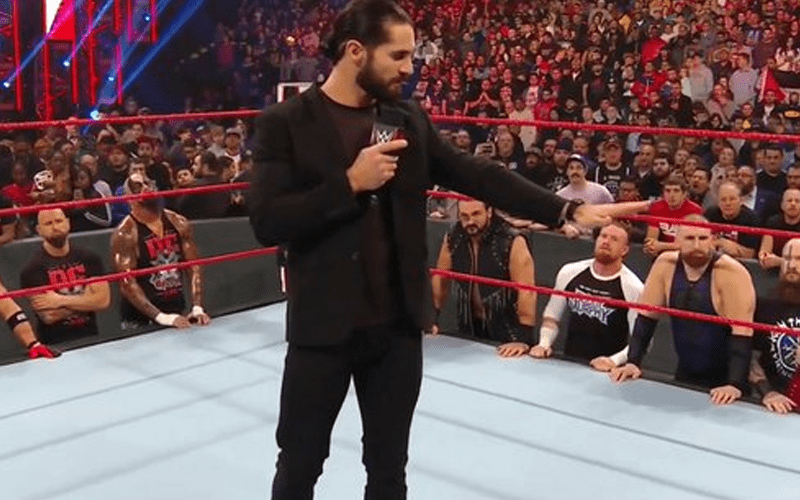 WWE Raw opened up this week with a very interesting town hall meeting. Seth Rollins jumped in the ring and eventually, he ran everyone off as the Raw roster surrounded him.

Seth Rollins berated the Raw roster for losing at Survivor Series. He called out Charlotte Flair and asked her how she calls herself a Flair. He called Randy Orton the “weak link” in their Survivor Series team. Then he said that Rey Mysterio couldn’t even beat Brock Lesnar with a lead pipe and his “stupid kid” helping him.

Eventually, everyone walked off and left Rollins alone in the ring. Kevin Owens was the only one left. Rollins said he loves WWE and he wants Raw to be the best show on the planet. The entire time he was berating Owens for being “a lazy piece of crap” and not doing anything.

Finally, Kevin Owens hit a KO Stunner on Rollins and left. This was definitely a heel turn for Seth Rollins and it was a long time coming. If this wasn’t an official heel turn then there is something seriously wrong going on.