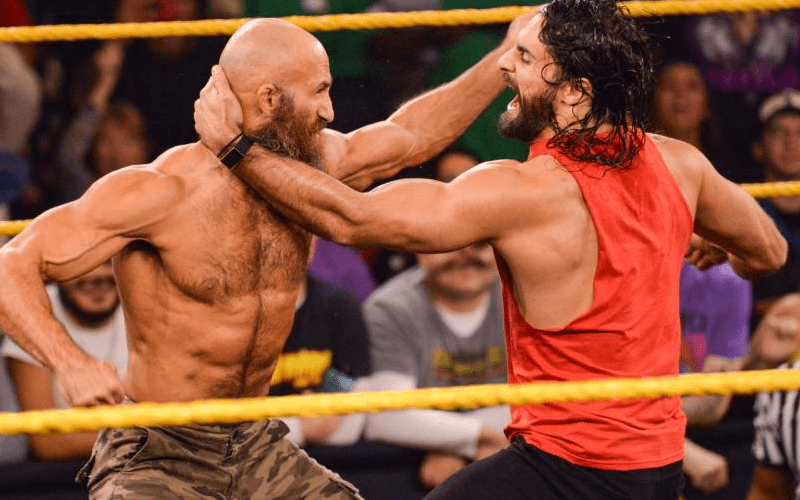 Seth Rollins turned heel in a big way this week, but fans were already booing him. One person that people really need to watch is Tommaso Ciampa and it looks like Rollins already has his eye on him.

101WKQX Chicago recently spoke to Seth Rollins. During that interview, The Architect discussed NXT and he admitted that they have a ton of talent. It should be noted that this interview took place before NXT wiped the floor with the “main roster” during Survivor Series.

When it comes to facing Tommaso Ciampa once again, Seth Rollins seems very confident that it will eventually happen.

“I can only assume at some point down the line our paths will cross again. Hopefully in a one-on-one contest and we can give fans who are clamoring for a match of that caliber the one that they deserve.”

Seth Rollins vs Tommaso Ciampa could be a match with a lot of big money possibilities, especially with the proper build-up. At this point they seem to be separated by brand lines, but you can never say never in WWE.