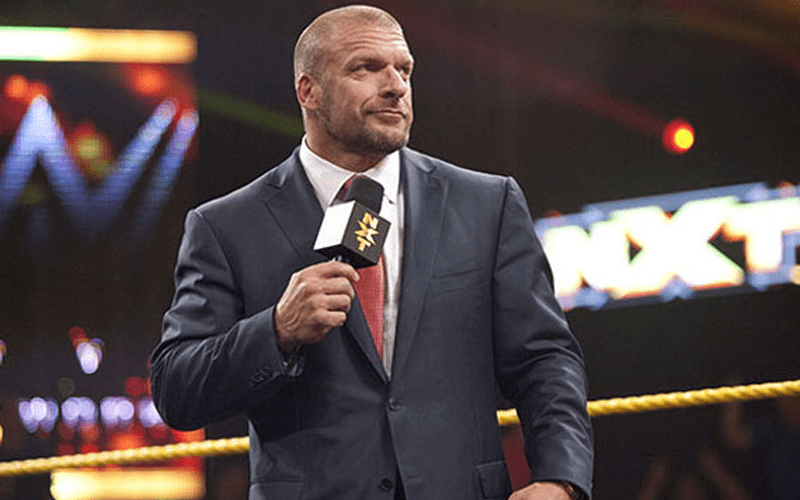 NXT has a brand in the United Kingdom, but the company is working on stretching their influence around the world. This idea has made many fans outside of North America wonder when they might get a TakeOver event in their own country.

While speaking on a conference call following NXT TakeOver: WarGames, Triple H addressed the idea of bringing TakeOver events to fans outside of North America. It’s a work in progress, but it seems like they haven’t given up on the idea.

“I think that’s a little bit of a work in progress. It’s a big world, a lot of really cool places to go work. As much as I can look at the UK and say, going back to Blackpool, I think they’d do spectacularly in London. I also think we can go to Glasgow. We went to Cardiff, it was amazing. There’s so many places, and that’s just picking the places we already go to on a regular basis, I think when we get outside of those, start going to different countries and regions, oh my gosh.”

“And then you start talking about NXT here, like this NXT U.S. brand, any one of those places could kill it. You could go to Japan, you could go to Australia, it’s a big world. I’d love to look at all of it, I’d love to bring them to all of it. Trying to figure how to make that happen with live TV and everything else, that’s the trick.”

NXT UK is set to get their third TakeOver special in 2020. The possibility is out there for them to do a lot more traveling as fans all around the world are watching NXT and want to see those Superstars do battle. We’ll have to wait and see what happens, but it’s not out of the realm of possibility.