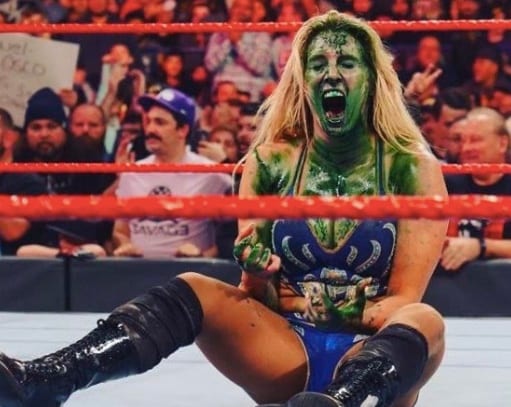 The feud between Asuka and Charlotte Flair, in many ways, has been ongoing for a good few years now. For one reason or another it often seems to be Flair that gets the better of the two women, but now, Asuka is seemingly ready to strike back with a vengeance.

After essentially costing RAW’s women the match at Survivor Series as a result of her spraying mist in the eyes of Charlotte, the Japanese sensation did so again last night to really ramp up their ongoing feud.

Asuka is widely considered by many to be one of the best female stars in WWE today, and it finally seems as if she’s found a character that will allow her to prove that to the WWE Universe.

It’s a short and simple tweet, and it’s one that sums up the mystery and simplicity of her persona right now. Sure, she may not be positioned as the best talker in the world, but she doesn’t even really need to be.

Her partnership with Kairi Sane has been incredibly enjoyable to watch ever since they teamed up as The Kabuki Warriors, with many wondering what the next possible step could be in their upward trajectory.

RAW needs to bounce back after what was an incredibly poor night at the office for them at Survivor Series, and when you want people to fight, having someone like Asuka leading the charge in the women’s division is going to do wonders for them – with a meeting against Becky Lynch being inevitable.