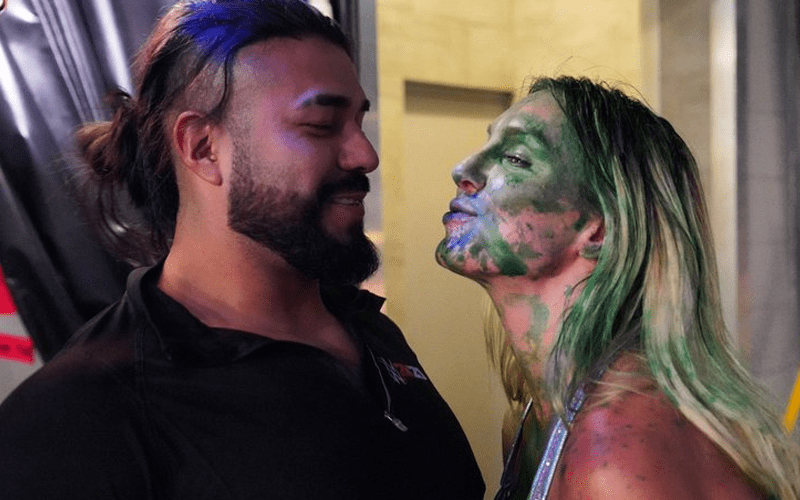 Survivor Series didn’t end the way that Charlotte Flair probably would have hoped. Asuka spit green mist in her face and this caused The Queen to lose enough steam to take a pinfall.

Backstage, Andrade was there to meet Charlotte, but he might not have been 100% down for a kiss at that moment. Flair tweeted out a picture of the two of them along with a pretty humorous caption.

As long as he loves me.

It should also be noted that Charlotte Flair included a green heart as well. This is appropriate seeing how she was covered in Asuka’s dreaded green mist.